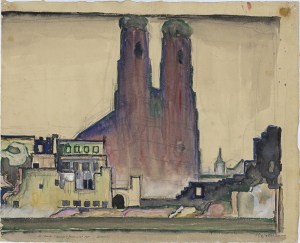 If you are stuck in this hot town and long for a green escape, MoMA’s current show of sketches, models, plans and paintings by the architect Le Corbusier provides a quick fix. Guest curator Jean-Louis Cohen (along with MoMA’s chief architecture and design curator, Barry Bergdoll) offers a sweeping visual tour through Switzerland, the Mediterranean, Russia, Algeria, India, Brazil and beyond, focusing on the relationship between specific local landscapes and the Modernist’s International Style.

Le Corbusier famously developed free façades, supporting a building with interior columns of metal and concrete so that walls could in effect become windows. The show starts, as all summer mornings should, in a shack on the Mediterranean Sea. A picture window frames a view of the sea off Roquebrune-Cap-Martin. It was Le Corbusier’s private residence, and the last home he would ever have.

We jump-cut to the lanky Swiss teen Charles-Édouard Jeanneret (1887-1965), a watch-case engraving student, painting his native Jura landscape. Expressionist sunsets top Alpine hills stippled in wildflowers. They look like ice cream sundaes. Months in Italy and Budapest yielded conventional drawings of first encounters with monuments like Venice’s San Marco. Early architectural projects, like the 1912 Maison Blanche, built for his parents, make use of the clean lines and patterned wallpapers of the Wiener Werkstätte style native to Vienna, where he studied with Josef Hoffmann in 1908. (Incidentally, on view now at the Neue Galerie is a remarkable show of design work by Wiener Werkstätte co-founder Koloman Moser, which would fit right into the Maison Blanche room that MoMA has recreated.) 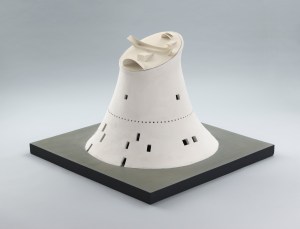 Model for the Assembly, Chandigarh (1964) by Le Corbusier. (Courtesy MoMA)

When he hit Paris after WWI, the architect moonlighted as a painter, and many of his muscular, tubular geometric still lifes are on view here. Their relationship to the work of Fernand Léger is obvious, although their relation to the show’s landscape theme is unclear. It was at this time that M. Jeanneret became Le Corbusier—in typically French fashion, he changed his given name to a professional pseudonym, purportedly the name of a maternal ancestor.

The interior of the French Villa Church (1927-29), reconstructed here, is the first appearance of his mature style: Model-T curves on steel-legged chairs set against white plaster walls. A film called Architecture of Today (1930) speaks to the philosophy behind the villa: “The house is a machine built for living,” the movie declares. “The simple aesthetic of the house is of the modern automobile.”

There’s a lot to take in here, but the show’s style is to present major projects in a breezy, anecdotal way. To design the planned city of Chandigarh, India, Le Corbusier flew repeatedly over the site in an airplane. In the absence of the buildings themselves, ancillary objects like building plans let you see the ambitious scope of projects never realized. Models for his proposed skyscrapers for Algeria, never built, are also on view: monstrous forms that look like computer circuits and climb over 25 stories. You wouldn’t want to live in one. Yet the rich wood interiors from his Unité d’Habitation in Marseilles combine Modernist geometries with a bachelor beachcomber’s sensibility. Throughout the show, crab shells, pinecones, animal vertebrae and stones are placed in strategic positions, uniting architectural abstraction with organic form.

The Ronchamp chapel, Notre Dame de Haut, is the pinnacle of this notion of integration with the landscape. Each of the cathedral’s four sides has a unique shape designed to open onto the Jura countryside in a different way.

While we might think of International Style as something mass-produced and identical anywhere (notably, Jean Prouvé designed his Tropical Houses to be fabricated in France and shipped  and built anywhere in West Africa), the show counters that notion with a sense of the real work of tailoring buildings to landscapes that is at the heart of Le Corbusier’s work.

The problem—also, of course, the pleasure—of artists as epoch-defining as Le Corbusier (or, say, Picasso) is that you could slice their work almost any way and come up with a show. The argument that his brilliant buildings and urban planning were deeply sensitive to the local landscape makes sense, but the inventive range of these projects outpaces the show’s modest, if tendentious, claim. This is MoMA’s first solo show of the architect’s work, however, and if it took that narrow curatorial premise to get such puzzling and significant work on view, then it was an effective ploy.

The views afforded by Le Corbusier’s picture windows create the impression of a landscape larger than should be possible to fit within the four walls of the museum. It is worth seeing the world from this visionary vantage point. There’s even a 1950s sandcastle he built while on vacation with friends—a radical, abstract trifle perfect for summertime. (Through Sept. 23, 2013) 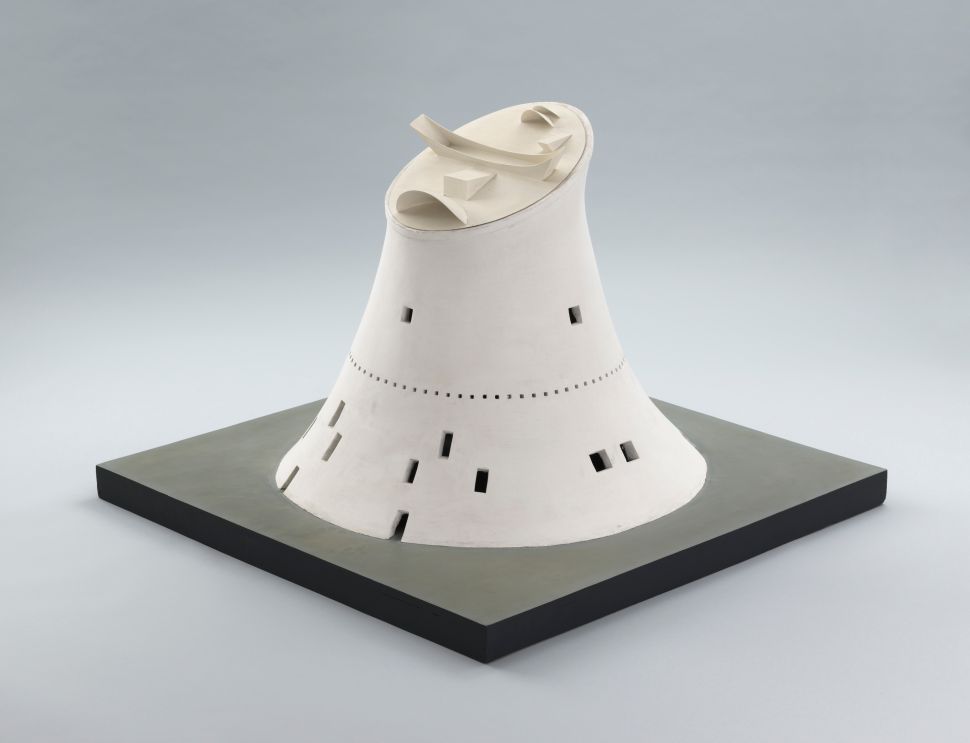