Murder for Two went through two developmental productions and a bigger one at Chicago Shakespeare Theater before it got on the fast track to New York. Through it all, Mr. Kinosian doesn’t believe the play changed radically from its first draft. “Cosmetic things change, but the nuts-and-bolts notion of a world being created by two actors with as few technical helps as possible has always been there. The killer has stayed the same since our very first meeting. Without giving too much away, it’s sort of the inevitable conclusion to this sort of wacky, comedic landscape that we constructed.”

Second Stage, which was founded by Carole Rothman and Robyn Goodman, moved to Midtown in 1999, and in 2002 its original Upper West Side space became home for its Uptown Series, which was created by associate artistic director Chris Burney. “Carole and I knew we would need a space for new artists—writers, directors, designers—both for the field and also for Second Stage,” said Mr. Burney, who, only now with Murder for Two, is getting around to his first musical there.

The Uptown Series predates programs with a similar mission, like Roundabout’s Black Box Underground (run now by Ms. Goodman) and Lincoln Center’s LCT3. “It’s really to give new writers a platform in the city when it’s hard to get productions on and it’s hard to get introduced to the larger institutions,” Mr. Burney said. “I’m very, very proud of all of them. When the plays work and when the productions are received well, it really changes a career for a writer.”

Rajiv Joseph’s Animals Out of Paper led to Pulitzer consideration for Bengal Tiger at the Baghdad Zoo and several seasons of scripting Nurse Jackie. Leslye Headland’s Bachelorette got her a movie deal, adapting and directing it for the screen. Right out of graduate school, Roberto Aguirre-Sacasa got a production of The Mystery Plays via Second Stage, and now he’s scripter on Spider-Man: Turn Off the Dark and Glee.

Mr. Kinosian and Mr. Blair are just adding music to an old tradition. “They are two young writers who I feel are incredibly gifted,” said Mr. Burney. “They have a lot to give to the field, and that’s exactly what we do uptown. It’s a very smart and funny show. The way it is satirizing both the murder mystery genre—it’s sort of a loving tribute, but satire at the same time. There’s an intelligence behind that. All the work we do uptown tries to have a unique point of view, and I think this fits into that tradition as well.” 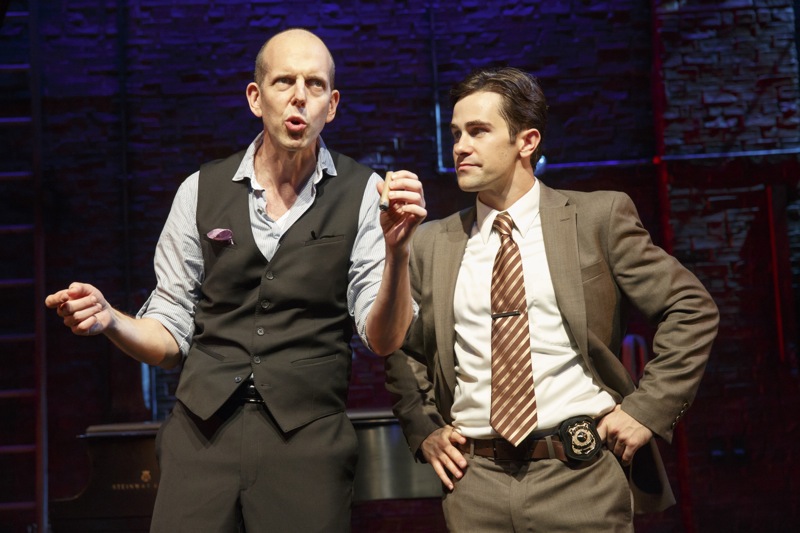