Former Governor Eliot Spitzer was mobbed by an army of reporters as he made his first campaign appearance this afternoon, five years after resigning from office amid a prostitution scandal.

Mr. Spitzer, carrying a clipboard with a single petitioning sheet, was swarmed by dozens of cameras in front of the Union Square subway station and then trailed through the green market as he attempted to gather petition signatures from voters. Also in the crushing crowd was at least one heckler, who shouted obscenities as Mr. Spitzer took questions for more than an hour, sweat dripping down his face.

“Eliot! Why were you late? Were you with a hooker?” the heckler bellowed shortly after Mr. Spitzer arrived, dressed in a navy pinstripe suit and matching blue striped tie, despite the stifling heat. “Did you leave your black socks on?”

“This is about public service,” said Mr. Spitzer, trying to ignore the shouting, hours after announcing his surprise, last-minute bid for city comptroller last night.

“No, this is about power, you just want power, man,” retorted the heckler, who continued shouting. “You betrayed everybody! … You let everybody down … You and Weiner, you’re both jokes!”

But Mr. Spitzer appeared relaxed and in his element, wisecracking with reporters and brushing off the comments, which eventually ebbed. At one point he even stopped to buy a $20 jar of honey from a vendor in the market.

“You know, this is politics. And I’ve been in politics for a long time …You don’t get into this fray if you don’t know this going to happen,” he said. “This is New York. This is politics. I’m game for it. I’ve got skin as thick as a rhinoceros. And so I’m ready for anything.”

Indeed, he appeared to relish the attention as he held court, taking questions for more than an hour, seemingly unable to stop himself from halting to repeat the same answers, even as he tried to break free from the gaggle so he could make his way around the park.

“It feels a little claustrophobic right row, a little hot in here,” he said when asked how he was feeling, surrounded on all sides. “But you know, I love it. I love the maelstrom. I love the screaming. I love the shouting. But what I love most of all is doing things for the public.”

With just three days to go before the petitioning deadline, Mr. Spitzer’s jump into the race is perhaps, in some ways, more audacious than Anthony Weiner’s decision to enter the mayor’s race six weeks ago.

He now has just days to collect the thousands of signatures he’ll need to make it on the ballot to challenge Manhattan Borough President Scott Stringer, who has already snagged nearly every Democratic establishment endorsement. And while Mr. Spitzer said he was confident he’d be able to collecting all the signatures he needs, the process was clearly not as easy as he’d anticipated.

“Well, if I weren’t surrounded by 30 cameras, I’d probably speak to some real voters,” he joked.

Still, Mr. Spitzer rejected the theory raised by some that he has his eye on even higher office. And he denied a New York Post report that he’s separated from his wife, whom he said he’s expecting to join him on the trail. “She will be with me,” he said.

He also repeatedly mentioned his new book, perhaps fueling suggestions made by some that his run is part of an effort to boost sales. “The book is a good book,” he said on more than one occasion. “It’s called Protecting Capitalism: Case by Case.”

But despite the early heckling, the response in the square was largely positive, with voters breaking through the crowd to wish Mr. Spitzer well.

“I forgave you. We’ve all make mistakes. Any perfect person, raise your hand,” said Cleonie Sinclaire, who lives in Brooklyn and shoved her way forward to offer her encouragement. “He was a good governor and he was a good attorney general and he has done a lot for the people,” she said.

“I think he did a great job while he was governor. And I enjoyed him,” Ms. Medard said.

As for the scandal?

“That doesn’t matter to me,” she insisted. “It doesn’t mean anything to me. That’s something personal,” she said. “As long as you can do the job, I’m for it. I just want the job to be done.”

And Queens resident Carmin Gobin 59, who isn’t a registered Democrat, said that while she couldn’t sign his petition, she’d support him in her own special way.

“I’m going to support him in prayer,” she said.

By the end of the excursion, Mr. Spitzer had gathered a grand total of fewer than 10 signatures of the several thousand he will need to collect by Thursday if he wants to appear on the ballot. He was eventually able to hail a cab on Broadway to make his escape, as the cameras continued clicking away. 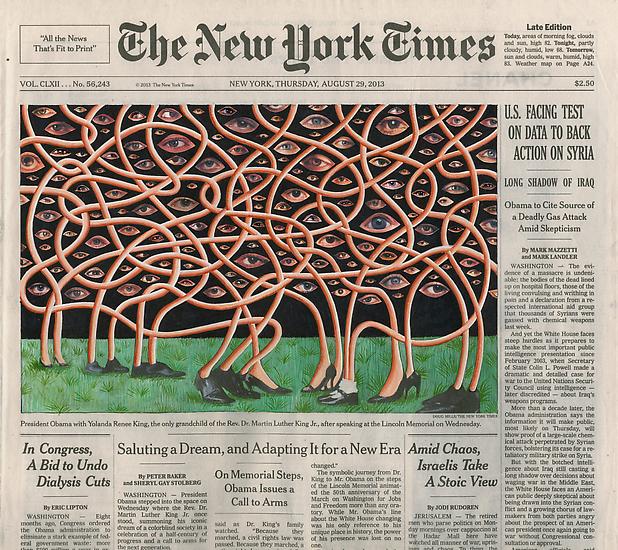