“I think she’s a great choice,” Menendez told PolitickerNJ.com. “Milly obviously has a background in government (as a labor leader), but from the outside. She has worked on numerous state issues and I have worked with her on federal issues. She’s a great organizer and will serve the ticket well.”

Here to announce the awarding of a federal fire grant to the Linden Fire Department, the senator commented on a Roll Call story this week jeering at the New Jersey Democratic Party as the most dysfunctional in the country.

“With all due respect to my friends at Roll Call, they see things from 30,000 feet,” Menendez said. “Democrats hold a majority in the state Senate and state Assembly. We will again have two U.S. senators who are Democrats, and Democrats have a majority in the House of Representatives.”

Menendez, of course, coined the phrase “Christiecrats” to describe those members of his party reduced to inaction in the face of the aggressively tramping Republican Gov. Chris Christie.

But he refused to accept that his party is a shambles.

“Clearly, ideas and idealism are still a large part of the party despite a fixation on those areas where Democrats agree with the governor,” Menednez said.  On the millionaires’ tax, minimum wage and other issues, Democrats here have starkly laid out their differences with Christie, he added – enough to cut into the large lead Christie now holds over Democratic challenger Buono, the senator argued. 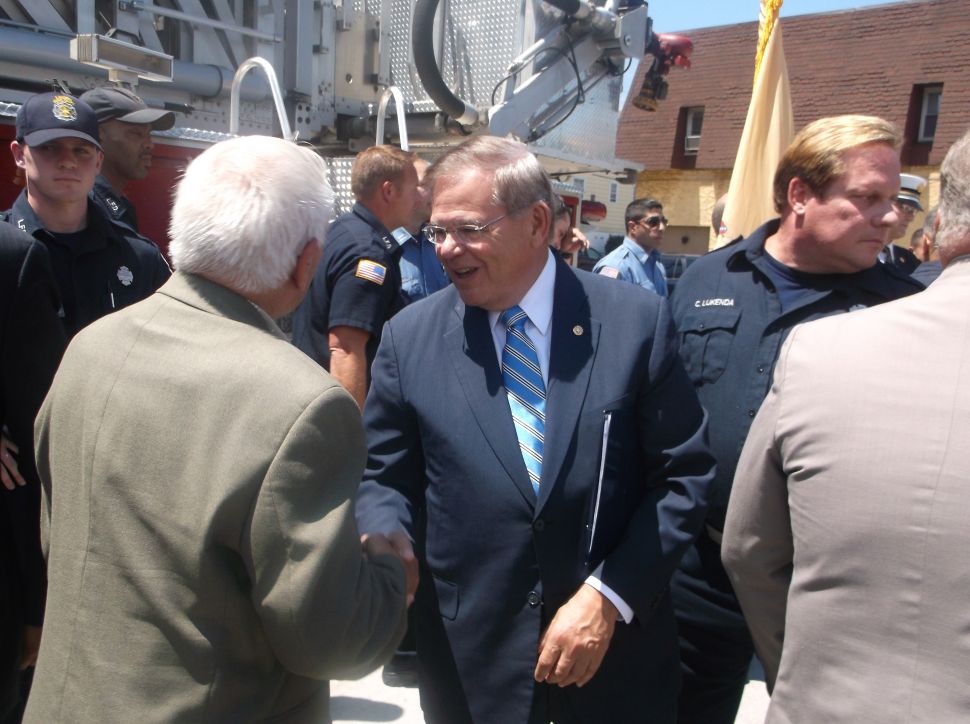