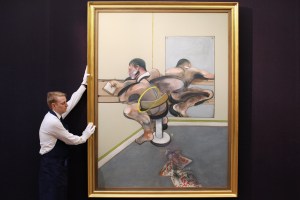 Though his firm just got indicted by the federal government, hedge-fund manager and collector Steven A. Cohen threw a party in the Hamptons “intended…to show support for ovarian cancer research, though it was not a fundraiser.” [Reuters]

Lady Gaga and Marina Abramovic hung out at the Watermill benefit. [Bloomberg]

“A new exhibition of modern Iranian art will showcase the work of 26 artists from the 1950s to the 1970s, when Iranian artists were connected to the rest of the world and influenced by global art movements, the Asia Society Museum in New York plans to announce on Monday.” [NYT]

“School of the Arts Aims to Transform Boys and Girls into Insufferable Young Men and Women.” [The Onion]