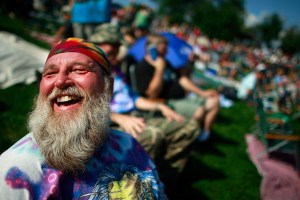 Here are some thoughts on—and examples of—artworks that turn “both heads and stomachs.” Naturally Paul McCarthy makes the cut. [NYT]

Some in Hong Kong’s government are not so pleased with the cost of the development of the West Kowloon Cultural District, which will be home to the M+ museum. [The Art Newspaper]

An interview that Henri Matisse banned more than 70 years ago will be published in September, giving fans access to his thoughts on depression, art and Americans who put his paintings in bathrooms: “Americans are like children who do the first thing that comes into their head.” [The Guardian]

Following on the heels of the Met, The Museum of Fine Art in Boston has also planned a fashion exhibition that will probably make many of the original wearers gag: “Hippie Chic.” [WSJ]

Here’s an interview with David Nahmad in Paris Match. There’s no mention of Helly, no. [Paris Match]

Nerd artist uses the MTA as a medium for art about The Lord of the Rings. [NYT]

A bunch of stuff happened in the Hamptons over the weekend. [Bloomberg]