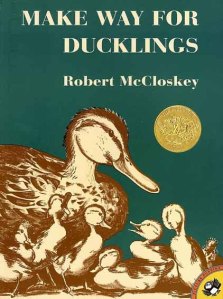 A Romanian museum is analyzing ashes to determine whether they were once paintings by Picasso, Monet, Matisse, Gauguin, Lucian Freud and Meyer de Haan that were stolen from Rotterdam’s Kunsthal gallery in October. The mother of one suspect said she “buried the art in an abandoned house and then in a cemetery in the village of Caracliu…she later dug them up and burned them in February.” [The Guardian]

More mother’s confession that she burned the paintings by Monet, Picasso and others, which were valued at $130 million: “I placed the suitcase containing the paintings in the stove. I put in some logs, slippers and rubber shoes and waited until they had completely burned.” [ArtDaily]

A museum in northern China belonging to a Communist Party boss closed its doors after authorities determined that almost everything in its collection was fake. [Bloomberg]

“Looted art from Cypriot churches is returned by Germany.” [Bloomberg]

Marc Simont, who illustrated Make Way for Ducklings and other classics, died at the age of 97. [NYT]