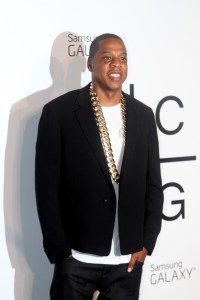 If you somehow missed this Vine of Alanna Heiss circling Jay-Z on a scooter as Sanford Biggers watches, now is the time to watch it. [Klaus Biesenbach’s Twitter]

Sicily calls off an antiquities loan show to the Cleveland Museum of Art, saying that longterm loans to the Getty, which is now hosting the show, has hurt its local tourism industry. [The Plain Dealer]

“A Church of England court has ruled that Benjamin West’s altarpiece, Devout Men Taking Away the Body of St Stephen, 1776, which was made for one of the most important churches in the City of London can be sold for display in the US. The $2.85m painting is being bought by an anonymous foundation, which is due to lend it to the Museum of Fine Arts, Boston (The Art Newspaper, April 2013, pp6-7 and June 2013, p3). West was born in America, but worked in England.” [The Art Newspaper]

“A fire has ripped through one of Paris’s most famous buildings, Hotel Lambert on the Ile Saint-Louis, destroying a series of frescoes made around 1652 by the artist Eustache Le Sueur. The blaze, which broke out on Tuesday night, caused the rooftop to collapse on to the Cabinet des Bains (bathroom) area immediately below. Its vaulted ceilings were decorated with Le Sueur’s designs depicting Greek gods and nymphs.” [The Art Newspaper]

Rosetti portrait of best friend’s wife will be auctioned at Sotheby’s. [The Guardian]