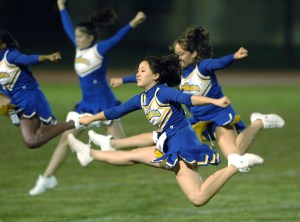 Last week’s contemporary art evening sales in London yielded underwhelming results. Dealer Thaddaeus Ropac cites fair/auction fatigue: “To have the New York sales in May, then the Venice biennale and the [Art] Basel fair meant that the atmosphere was a bit thin, the material patchy and everyone seemed exhausted.” [The Art Newspaper]

In case you missed it: Randy Kennedy catches up with Thomas Hirschhorn as he completes his Gramsci Monument, which opens today. [NYT]

Another day, another painting attack in Britain. [Telegraph]

Some American museums, including the Guggenheim in New York, have been accused of preventing Holocaust survivors and their heirs from filing recovery claims for artwork looted by the Nazis. [NYT]

Op-ed piece argues that if museums are publicly funded, the public should be allowed to borrow art right out of them. Which is, well an idea certainly. I mean Citibank doesn’t trust me with a bike for more than 30 minutes at a time. [BBC]

Larry Ellison shares his art collection with the public. [WSJ]

In case you missed it: Here are a few more details on Amazon’s “online art gallery” which appears really just to be about throwing some art in to the general mishmash of what they already sell. [WSJ]