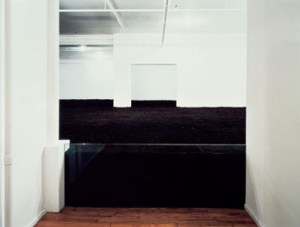 Legendary sculptor Walter De Maria has died at the age of 77. “I think he’s one of the greatest artists of our time,” Michael Govan said. “I think there’s a quality to his work that is singular. It was sublime and direct.” [LAT]

The Metropolitan Museum of Art will host a two-week summit of museum directors from around the world. [NYT]

The Times visits Ross Bleckner’s home in Sagaponack, N.Y., which once belonged to Truman Capote. [NYT]

The Foundation for Contemporary Arts announced grants for 61 organizations. [Artforum]

Jonathan Jones considers what artwork qualifies as the “modern masterpiece of war.” [The Guardian]

Alex Da Corte on his solo show at the Institute of Contemporary Art at Maine College of Art. [Artforum]

Here are 31 interesting ice cream flavors from stores all around the world. [Zagat]