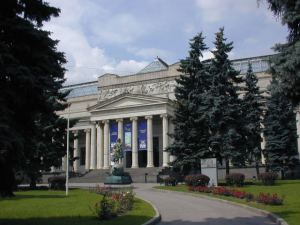 The Art Newspaper reports that over the past few months, the fate of a handful of modernist paintings from the pre-Revolution collections of Sergei Shchukin and Ivan Morozov has been the subject of some dispute. After the Revolution, the works by Matisse and Picasso were deemed decadent, and divided between the Pushkin Museum in Moscow and the Hermitage Museum in St. Petersburg.

During a public forum, the Pushkin’s president, Irina Antonova, recently asked President Vladimir Putin to reopen the Moscow Museum of New Western Art, which was closed by Stalin but would effectively bring many of those works divided between the Pushkin and the Hermitage to Moscow.