Employees of the Astor Place Starbucks have been accused of discrimination against the deaf. (Flickr)

A lawsuit filed in Federal Court last week alleges that Starbucks discriminates against the deaf by refusing to serve them, ejecting them from their stores and making fun of the way they speak.

Twelve plaintiffs, most of whom are deaf and use sign language, filed the suit after encountering repeated acts of discrimination at multiple Starbucks locations in New York City, Courthouse News reported on Friday.

In a copy of the complaint obtained by The Observer, plaintiff Alan Roth alleges that he was mocked by an employee at a Starbucks on Park Avenue South, who “stated that he sounded funny, and asked him to continually repeat himself as she laughed harder every time.” After asking to speak to a manager and complaining about the incident to a second Starbucks employee, the woman “started screaming obscenities in [Mr. Roth’s] face and was then pulled away by other Starbucks staff.”

Far from apologizing to Mr. Roth, however, employees told him that he was no longer welcome at that store.

“It is egregious that Starbucks is discriminating against the deaf customers on such a routine basis,” lead attorney Eric Baum told The Observer. “We are hopeful that this lawsuit will send a message across the country that discrimination against the deaf will not be tolerated. The deaf have a legal and moral right to be treated respectfully and as equals in our society.”

Lead plantiff Lawrence Bitkower, a New Jersey resident, held a monthly “Deaf Chat Coffee” meeting for deaf individuals at an Astor Place Starbucks. According to the complaint, in December of 2012 “at approximately 9:00 p.m., four hours before the posted closing time, a total of four Starbucks employees told the ‘Deaf Chat Coffee’ group that they had to leave the area they were occupying as it was going to be cleaned. Once the ‘Deaf Chat Coffee’ group moved, the Starbucks employees proceeded to allow non-deaf customers into that area and did not clean the area.”

Repeated complaints lodged with manager “Ziyad” by multiple members of the Deaf Chat Coffee group were apparently ignored, as “Ziyad” informed the group that he had been instructed not to serve deaf individuals. At another meeting in March of 2013, “Ziyad” allegedly called the police and falsely accused the group of causing a disturbance.

“After investigating the matter and finding no illegal conduct, the police officers apologized to [the group] and reprimanded Starbucks employees for calling them over this matter,” the suit states.

When one of the plaintiffs emailed Starbucks CEO Howard Schultz and other Starbucks officials to inform them of this shocking conduct, a regional vice president replied by apologizing for the “inconvenience,” and offered the group a Starbucks gift card.

Mr. Baum and Andrew Rozynski, the attorneys who filed the suit against Starbucks, have called for an independent investigation of the incidents and said that they hope the lawsuit will force the chain to implement “policies, procedures and training for its employees to ensure that all customers, whether deaf or hearing, are treated equally and with respect.”

A Starbucks representative told the Huffington Post that “Starbucks is still looking into the claims,” and emphasized that “discrimination of any kind is unacceptable at Starbucks.”

The suit seeks unspecified monetary damages for unlawful discrimination on the basis of disability, in violation of the New York State Human Rights Law as well as the Americans With Disabilities Act of 1990.

Mr. Baum added that several of the members have continued to meet at the Starbucks, to support students who are learning sign language.

“They felt that if they did not return to Starbucks to provide support, Starbucks will have won,” he said. 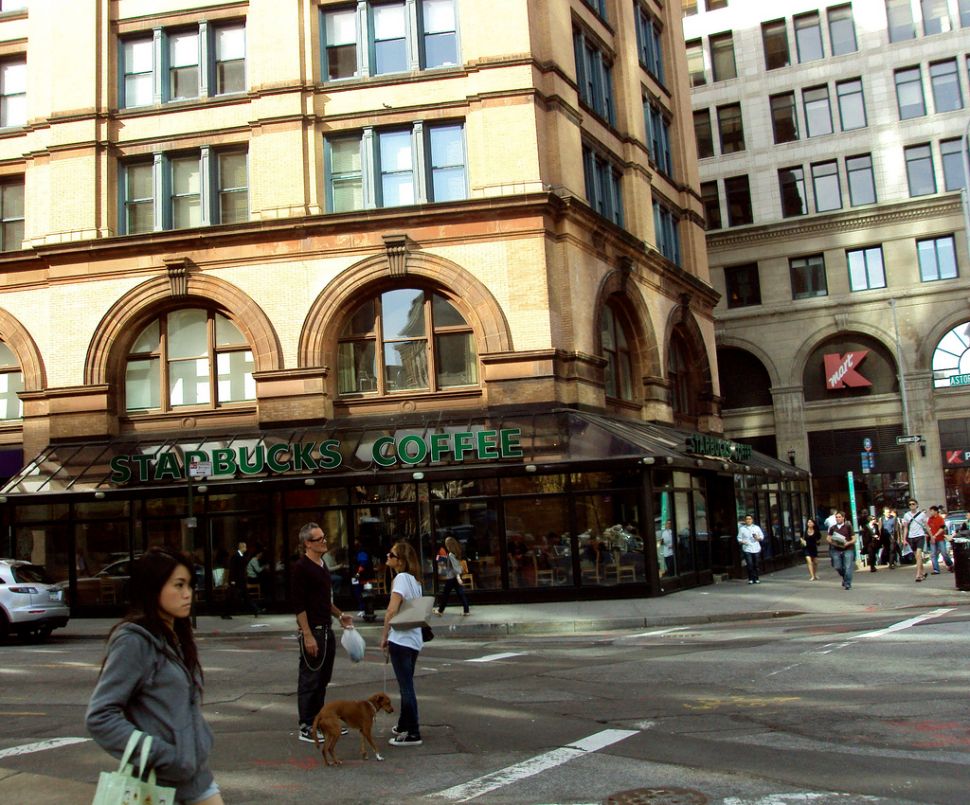