Update: Michael Gluckstadt, an online editor at HBO.com, responded to the OWS statement on Twitter after this item went to press. Read his reply after the jump.

Anyone who watched last week’s premiere of Aaron Sorkin’s gripping drama The Newsroom–where the discovery of American drone strikes and Troy Davis take narrative second fiddle to the saga of a producer finding a video of herself screaming at her crush on a Sex and the City tour bus on YouTube–will know that this season has put its laser gaze on Occupy Wall Street.

The premiere featured News Night blogger Neal Sampat getting a hot tip about OWS a whole week before Zuccotti Park was overtaken. Because he’s a blogger and reads a lot of Reddit, so he knows something big is about to go down. Attending an early General Assembly meeting–where everyone fingerwags (true to life!) and makes the letter C with their hand when they have a question (not so much!), he befriends the meeting’s leader, Shelly Wexler, an anthropology major who seems preternaturally calm about the lack of press.

She spouts a lot of OWS rhetoric about staying in the park till their demands are met, which include “the persecution of the people responsible for the financial crash, a presidential commission to investigate corruption in politics, the ratification of a Constitutional amendment.”

So what do the actual OWS members think about their Sorkin makeover?

Well, first off, they think the actress was cast to resemble OWS protester and former Wall Streeter Alexis Goldstein.

We’re not sure exactly what the production staff had in mind when they cast this particular actor, but we think she looks quite a lot like Alexis Goldstein, just without the glasses. And while Alexis certainly isn’t our leader, she is great at explaining why the Wall Street banks deserve our anger.

Here’s Ms. Goldstein, who made several media appearances during the protests:
[youtube=http://www.youtube.com/watch?v=MWrewxA1t8c&w=560&h=315]

Since one of OWS’s tenets is that no one person can speak for the movement, having Sorkin put words in their mouth has rubbed some activists the wrong way. Last Wednesday on OccupyWallStreet.net, a post went up responding to the questions posed to the fictional General Assembly, showing America what The Newsroom got wrong.

Q: If a legislative official wanted to know what the demands of OWS were who would they meet with?

Scripted answer: We’re not looking for a meeting.

Our real answer: Many politicians got out of their chairs and came on down just to observe, and to capitalize on the media moment. But we weren’t talking to them, we were speaking to each other, the 99%. Those local legislators that came to sincerely participate, they were willing to wait for their turn to speak just like everyone else. No, we aren’t petitioning our government for redress of grievances, because we don’t feel our government as a whole is even capable of hearing us these days (they only listen in on us). What we’re about is getting off the internet, and into the streets, to meet with each other in analog, to relate in person, to build community so we can build a stronger movement.

Because this truly was a spontaneous explosion – the occupation of Wall Street. And in the beginning, hardly any of us knew each other at all. And we didn’t have demands because we wanted to leave space for people to gravitate to whatever mattered most to them. A year and a half later, all sorts of existing movements have gained steam, and new projects have been born, each with their own set of demands. And the identity of Occupy Wall Street, this brand new movement which raised the old issue of class for the first time in many decades – it has solidified. We seek the eviction of Wall Street from our system of governance, and the exile of corporations from systems of governance around the world. And we seek a sea change, system change, in lieu of climate change. We will continuously engage in direct action until we see a new democratic system, as direct a democratic system as possible, fully manifest.

Q: What happens after people ask themselves why OWS is happening?

Our real answer: The words “change” and “hope” together have become something of a farce, yet we still believe. We believe and know that change does not start with hope alone, it starts with hope and action together.

And we are taking action every day. We’re winning local union struggles. We’re liberating people from the chains of debt. We’re preventing foreclosures through eviction defense and home occupations led by homeowners. We’re researching like mad and disseminating reports on how to fix the SEC. We’re building cooperative businesses and innovative approaches to banking. We are dreaming up, and living out, the world we want to see, all the while holding corporations accountable for corrupting our democracy.

Q: What’s your best case scenario for how this ends?

Scripted answer: That it doesn’t end.

Our real answer: We don’t see this ending in our lifetimes. It won’t end until we see real systemic change.

Dear fake news anchor: You make a typically dismissive move, in reinforcing the notion that OWS was all about camping out in a park. Certainly, the occupation of Zuccotti Park garnered significant media attention, but believe it or not, MSM: getting your attention is not what OWS is actually about.

Why? Because the State can evict people from a park down the way from Wall Street — as did the Obama administration, in a coordinated national crackdown on Occupy encampments all over the country. But it can’t evict this notion – that yes we can, and must, confront Wall Street relentlessly. That we must keep our eyes fixed and focused on the companies traded on Wall Street, on a 24:7 basis. That idea has occupied minds around the world, and it’s not going anywhere.

As we said on the very night the police stormed Liberty Square: “You can’t evict an idea whose time has come.”

For anyone still confused about real life versus Sorkin-land, OWS suggests you check out its Declaration of Occupation. 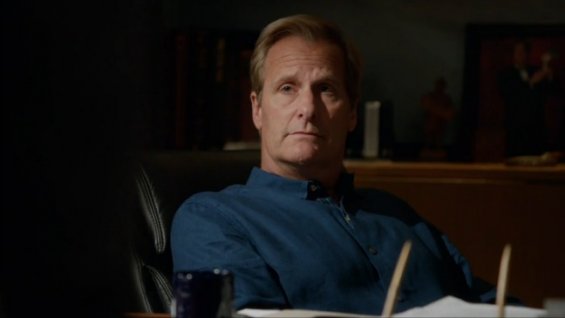