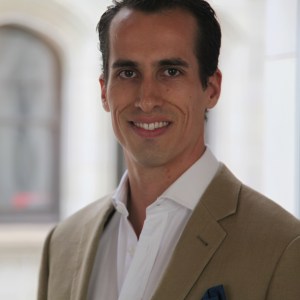 Paddle8, the online auction start-up that recently received $6 million in new funding, has hired Thomas Galbraith to be its new managing director for auctions. Mr. Galbraith comes to the company after two years at Artnet, the auction data and online auction site that pioneered the platform and has, of late, had a number of significant management shake-ups. (Last year they fended off a hostile takeover attempt led by Redline Capital Management S.A.)

“I’ve known [co-founders] Aditya [Julka] and Alex[anxder Gilkes] from the beginning,” Mr. Galbraith said on the phone. “I consulted for them on a whole bunch of things when they were first figuring things out, like the transition process, the insurance side of things, the shipping part of things. We’ve always sort of talked about working together and it’s been fascinating to watch from the sidelines.”

About a month ago the co-founders asked him to “help them take the company to the next level,” he said, “and I couldn’t really think of a reason to say no.”

At Artnet Mr. Galbraith served as the company’s director of analytics, managing part of its data operations, and eventually became its director of global strategy, a more business-oriented job. The new job will have him focused on Paddle8’s auctions, which tend to be organized by theme. Auctions have been his area of interest for some time, Mr. Galbraith said, and an area, he noted, where Artnet had not developed significantly, at least not to the degree its data business had. “On the auction side I didn’t get the impression that anything constructive had changed [in recent years] and I think that’s going to continue to be a bit of a problem for them until they can make the necessary changes,” he said.

His move to Paddle8 also happens to coincide with some other cross-pollination with Artnet: Redline will exit its stake in the latter, and invest in the former, giving Paddle8 an option to invest in Artnet itself.