Pallone is running in the Senate primary to fill the seat vacated by the death of U.S. Sen. Frank Lautenberg.

The event is scheduled for the Heldrich Hotel in New Brunswick.

Kennedy, who lives in Brigantine, was briefly courted as a candidate for U.S. Senate after Lautenberg announced he would not seek another term.  The former Rhode Island congressman, however, said he had no interest in the seat and instead endorsed Pallone. 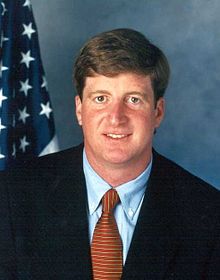