The battle between former Gov. Eliot Spitzer and Manhattan Borough President Scott Stringer is getting personal.

Campaign spokespersons on both sides of the divisive comptroller’s contest got into a Twitter flap this afternoon after Mr. Spitzer’s new communications flack, Hari Sevugan, shot off a passive-aggressive missive at Mr. Stringer’s long-time spokeswoman, Audrey Gelman.

“Congrats to @audreygelman for making Politico’s 50 to Watch List. She gets way better press than I do… Or her boss does, for that matter,” he tweeted earlier this afternoon, an obvious dig at Ms. Gelman’s many glossy magazine profiles and appearances on the hit show Girls.

“Mr. Hey Audrey – hope I did’t go too far. I have a calibration problem, which isn’t the best quality in a flack. a sincere congratulations…,” he wrote, also offering his contact information in case she ever wanted to get in touch.

Mr. Sevugan, who was also featured on Politico‘s “50 to Watch List” back in 2009, told Politicker he’d meant no harm and looked forward to sparring with Ms. Gelman through the campaign. “I was just have a little fun at her boss’ expense,” he said. “She deserves all the accolades she’s gotten.  She’s doing a tremendous job. And I look forward to going up against her in the papers every day.”

The first came from Bloomberg spokeswoman Julie Wood, a close friend of Ms. Gelman. “@HariSevugan hi, who are you?” she asked.

“Welcome to NYC, this isnt how we do things here, dude,” added Risa Heller, who–in another layer of intrigue–is former Congressman Anthony Weiner’s former spokesman. Mr. Weiner, of course, hasn’t benefited from Mr. Spitzer’s jump into the race, which has dragged both of their infamous scandal back into the spotlight.

Ms. Gelman herself declined to comment but re-tweeted a couple statements of support.

With reporting by Colin Campbell 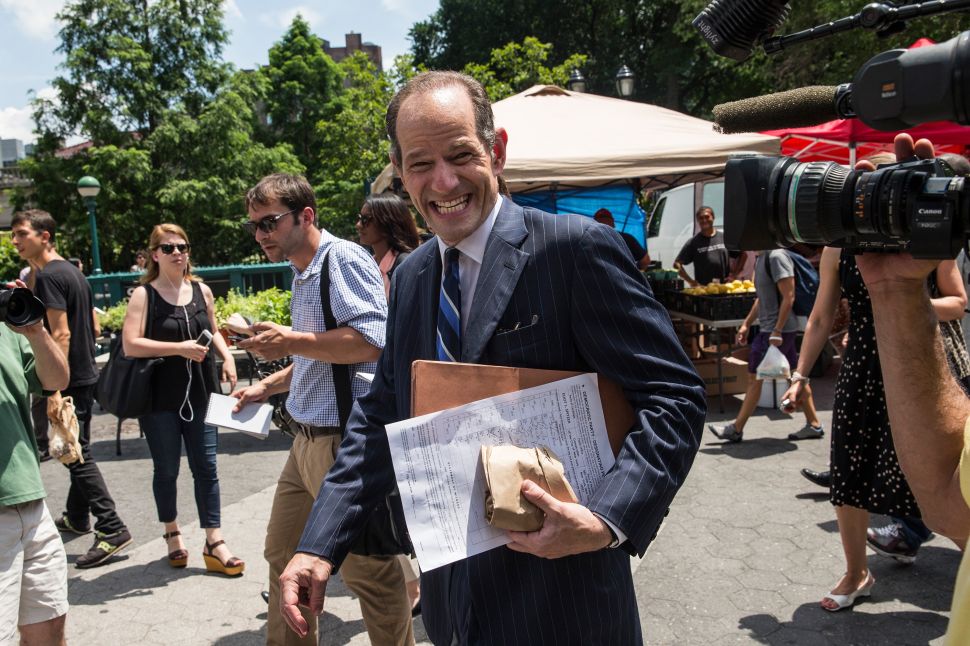