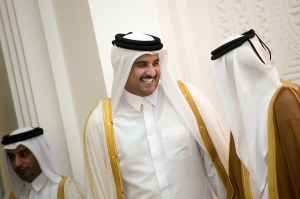 This morning the e-flux newsletter put out a call for applications for Curate, a new award from the Qatar Museums Authority and Fondazione Prada.

According to the Curate website, winners will receive an “exhibition in either or (but not limited to) Qatar and Italy,” which might mean both places, or possibly neither. Should you win, an exhibition will be involved and it will be staged at a place.

Some details from the e-flux e-mail:

A world-renowned jury will judge ideas on their creativity and social significance, rewarding those with a contemporary and culturally relevant point of view. They will be looking for an exemplary exhibition that is both far-sighted and critical to the future. Participation in the competition is not limited to aspiring or established curators, but is open to anyone with a great concept for creative expression, with the emphasis on encouraging young people to compete, whether as individuals or as collaborative groups.

Head over to the website for more details and a video that might remind you of the upbeat and vaguely global advertisements you see on CNN International in foreign hotel rooms.