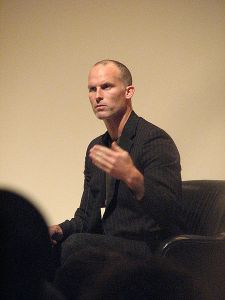 Matthew Barney’s River of Fundament, an ambitious operatic film project that has been in the works since 2007, will reportedly have its debut in 2014.

Earlier today the artist and writer Walter Robinson tweeted the news, which he heard from someone at the Park Avenue Armory:

A spokeswoman for the Armory declined to comment at the moment.