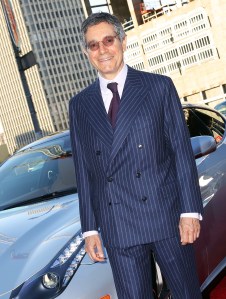 Jeffrey Deitch is planning to step down as director of Los Angeles’s Museum of Contemporary Art on Wednesday, after about three years on the job, according to L.A. Weekly and blogger Tom Christie, who first reported the news. The Los Angeles Times, citing an anonymous source, says that the director is “choosing to step down.”

Rumors of Mr. Deitch’s departure have swirled around him almost since he got the job, in 2010, so it’s important to emphasize that this remains unconfirmed. However, this time the rumor seems to have a bit more staying power than in the past, and no one involved is stepping up to deny that the former dealer will now be a former museum director.

Update, 6:30 p.m.: At this point, the resignation is looking like a done deal, with The New York Times reporting that the museum’s board is expected to form a search committee when it meets tomorrow.

MOCA and Mr. Deitch did not immediately respond to requests for comment.

Here’s the Times with some background on the resignation:

Another person who has spoken to Deitch said that MOCA is expected to announce Deitch’s exit along with the news that the museum is nearing completion of a fundraising campaign it announced in March to boost its endowment from about $20 million to $100 million.

So where is Mr. Deitch headed? According to Mr. Christie, he has been looking for an apartment and gallery space on Manhattan’s Upper East Side, which has become a fertile ground for contemporary art galleries in recent years. If the dealer ends up living in the area, that would be something of a shift for him since he previously resided in the West 60s, in a home with no art on the walls. (“It would absorb me too much,” Mr. Deitch told Calvin Tomkins in 2007.)

It’s hard to imagine that Mr. Deitch could resist the temptation to open a new gallery or deal in some way again. The man loves the art game. What form that would take is, of course, pure speculation at this point. According to PropertyShark, entities that Mr. Deitch has controlled in the past still hold title to the buildings that housed his two Soho galleries: 18 Wooster Street, which the Swiss Institute has been renting as a gallery, and 76 Grand Street, which is now used by Suzanne Geiss Company, a gallery run by one of his former directors. Suzanne Geiss also shows some of the artists that Mr. Deitch represented, like Assume Vivid Astro Focus and Kristin Baker).

Mr. Deitch has also talked in the past about opening an exhibition space of some sort to show his private collection, so that could be a possible project. He’s 63 this year—still young!—so it’s hard to imagine that we’ve heard the last of him.