The summary judgment, filed by Lambda Legal, asks the courts for immediate relief in light of the recent U.S. Supreme Court hearing – United States v. Windsor – that struck down the Defense of Marriage Act. The filing is part of ongoing litigation in the state’s court system that is challenging the equality of New Jersey’s civil union system.

The plaintiffs in the case are asking the court to act immediately.

“After the [U.S.] Supreme Court’s decision last week, … a trial in this matter is no longer necessary,” reads the filing.

“Under Windsor, married same-sex couples in states that respect their marriages are eligible for the complete, vast array of federal rights, benefits and obligations,” it reads. “But for plaintiffs and other same-sex couples in New Jersey who may access only civil union, full federal benefits are unavailable.”

The filing comes a week after the U.S. Supreme Court handed down a groundbreaking decision striking down a provision of federal law that denied marriage benefits to gay couples. New Jersey gay right advocates hailed the high court’s ruling, which only applied to states that recognize same-sex marriages, as a “game changer” in the Garden State.

They argue New Jersey’s civil union system, which is a result of a 2006 New Jersey Supreme Court decision, maintains same-sex couples in the Garden State should be entitled to the same rights as couples of the opposite sex. The ruling in the case – Lewis v. Harris – gave lawmakers a period of time to amend New Jersey marriage laws or pass a civil union law.

“Now that DOMA is gone, New Jersey is, as a matter of law, in direct violation of the New Jersey Supreme Court order we won in 2006 that requires equality for same-sex couples, and in violation of the Equal Protection clause of the federal Constitution,” said Hayley Gorenberg, Lambda Legal Deputy Legal Director, in a statement.

“New Jersey’s discrimination is all that bars same-sex couples from the full array of federal protections for their families,” Gorenberg said.

Last week’s Supreme Court ruling mandates the federal government cannot discriminate in its recognition of marriage benefits for same-sex couples. Now, Garden State gay advocates argue, the state’s civil union system is inherently unequal because the thousands of couples with civil unions in the state do not qualify for federal benefits.

It’s the New Jersey Supreme Court’s 2006 decision that Garden State gay couples are entitled to the equal protection that straight couples have that gives local gay rights advocates cause for declaring the Supreme Court’s ruling a game changer.

“The Supreme Court of the United States has spoken, and it is clear that the time for marriage equality is now,” said Troy Stevenson, Executive Director of Garden State Equality.

“The debate is over, the facts are in, civil unions are not and never will be equal to marriage,” he said, “Today Lambda Legal will [file] a brief on our behalf seeking relief through the courts to prevent further discrimination from taking place in New Jersey and to open access to all federal rights and protections that marriage affords.”

Oral arguments in Superior Court are slated for Aug. 15. 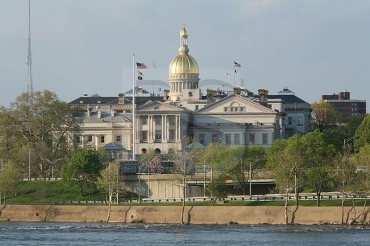