EAST RUTHERFORD – Proud of a running mate who she says can stand up for all working New Jerseyans, Democratic gubernatorial candidate Barbara Buono this morning welcomed labor leader Milly Silva to the campaign.

“Chris Christie might have made a pit stop in Trenton,” said Silva, executive vice president of SEIU 1199, “but New Jersey belongs to us.”

“After much thoughtful consideration, I have selected a candidate for LG in whom I have full confidence, someone with an indisputable sense of dedication to this state,” declared the Democrat, standing onstage at the Sheraton Hotel . “This is a woman whose fundamental beliefs align with this campaign’s guiding principle – that a strong and vibrant New Jersey doesn’t come from the top down but from a robust middle class.”

“For the last 20 years, Milly has dedicated herself to being a voice for the voiceless,” Buono said. “And I know she will bring the same passion to the lieutenant governor’s office. From increasing the minimum wage to making tuition more affordable, Milly knows how public policy can help improve the lives of New Jerseyans and their families.”

Deriding Republican Gov. Chris Christie as a bully, Silva stood with Buono for half of the gubernatorial candidate’s speech as “Buono-Silva” signs waved.”

A few “Viva Puerto Rico’s!” sounded as Silva planted herself in front of the microphone.

The proud Latina candidate would go on to bash Christie on Hispanic issues, citing as alarming his alignment with “right-wing extremists.”

“And I decided that a New Jersey that gives $2.1 billion in tax credits to corporations but denies working people the right to an increased minimum wage tied to the cost of living – that isn’t good enough for them.”

Christie’s hurting the state, she said.

“While the wealthiest get away with paying less than their fair share, Governor Christie’s raised taxes on working people by slashing the Earned Income Tax Credit,” Silva said. “And just Friday, he continued his attack on our middle and working class residents when he decried Obamacare, calling it a ‘sad legacy’ for our President.”

Silva also criticized Christie for prioritizing the approval of controversial U.S. Rep. Steve King, for whom the governor has campaigned.

“Just recently, his good friend Steve King casually said the majority of DREAMers – young immigrants who had no choice about whether to come to this country with their parents – are more likely to be criminals than scholars,” Silva said.

On the issues that most affect Latinos, African Americans and women, Christie has failed, the Democratic LG candidate argued.

Democratic leaders joined Buono and SIlva onstage for the finale.

On the way to the door after the hoopla had ended, two SEIU men shared some thoughts.

“Are you ready for the Tet Offensive?” one asked the other with a laugh. “Because that’s what’s coming.”

THe reference was to possible SEIU payback as a consequence of Silva aggressively opposing Christie.

For his part, New Jersey State AFL-CIO President Charles Wowkanech praised the choice in an email

“Senator Barbara Buono made an outstanding choice in naming Milly Silva as her candidate for Lieutenant Governor,” Wowkanech said. “Just like her running mate, Silva understands the struggles of working people because she lived those struggles herself. We know that she will fight for working and middle class families because she has done so throughout her career.

“New Jersey working families are contending with 8.7% unemployment, net property taxes have risen 18.6% over the past three years, and making ends meet in New Jersey is becoming more difficult every day,” he added. “The Buono-Silva team is ready to take on these challenges and to implement the policies that will revitalize New Jersey’s middle class. After four difficult years under Governor Christie, New Jersey’s working families have a clear choice.  Barbara Buono and Milly Silva have always stood on the side of workers, and every New Jersey worker should stand with them and elect Buono-Silva on November 5th.” 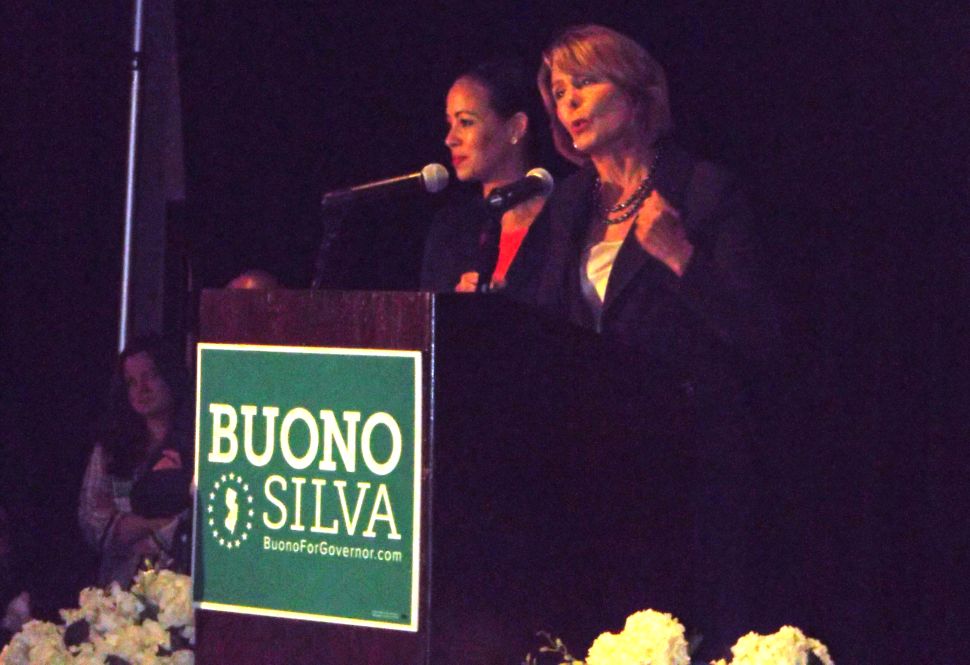