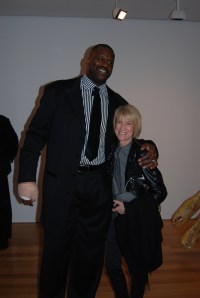 Yablonsky with Shaquille O’Neal at Flag, where he organized a show in 2010. (Courtesy Flag)

“I’ve always been fascinated by trees,” the writer Linda Yablonsky told The Observer last month by phone. “They’re figures in a landscape, they’re astonishing and magnificent when they’re full or they’re old or they’re tall, and in a winter landscape they can be quite poignant. They have personalities, they come from different parts of the world, and express something in nature that is very human. We cut them down. They give us oxygen. We climb them. They fall down on us. They’re part of our lives.”

She has taken those mysterious, multifarious plants as the theme for the summer show that she has organized at Chelsea’s Flag Art Foundation. “Something About a Tree,” the first major gallery exhibition that Ms. Yablonsky has ever curated, opens on the evening of July 10. Beyond her personal interest in the subject, she said that she was also inspired by recent discoveries, like the drawings and photographs of trees by Tacita Dean that Marian Goodman showed at her ADAA Art Show booth and a book of tree photos made by Cyprien Gaillard that she saw on a studio visit with him. The topic seemed to have some potential, but once she started selecting pieces, she was bowled over by the possibilities. 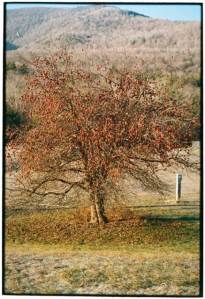 “It seemed to me that 98 percent of artists who ever lived have done a tree work!” she laughed. “Every time I mentioned the show to someone, they would come up with another artwork that they’d seen or that they’ve made that has a relationship to trees.”

That problem was no doubt exacerbated by the fact that Ms. Yablonsky is one of the better-traveled journalists on the international art circuit, regularly filing from fairs and festivals for T: The New York Times Style Magazine and Artforum‘s Scene & Herd column. When we spoke, she was just back from a month in Europe that took her to Rome, Venice, Greece, London, Zürich, Basel and then London again. A few days after we spoke, she was off to Panama.

Though she planned to include about 20 artists in the show, she ended up with almost 50. Many are well known for tree works, like Zoe Leonard and Mitch Epstein, who have both done haunting photographs of them, and Ugo Rondinone, who’s contributing the fiberglass prototype that he made in 1997 for what would become a popular series of tree sculptures. There will also be Charles Ray’s famous snapshot of himself tied to a plank high up on a tree branch, a ghostly Robert Longo charcoal drawing of a French forest and a Tim Rollins & K.O.S. Pinocchio piece, a log adorned with two eyes—a tree gone anthropomorphic. And, of course, there will be a work by Giuseppe Penone, who has made his name with them. “I couldn’t think of doing a tree show without him,” Ms. Yablonsky said. 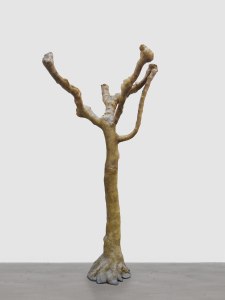 But there are also some surprising names, like Rory McEwen, the late father of the contemporary artist Adam McEwen who retired as a musician and television personality to make bracingly realistic botanical paintings. Adam’s sister Samantha took Ms. Yablonsky to see them at London’s Kew Gardens. “I was slayed by them,” she said. “I said to Sam, ‘I’m doing this tree show. I wish I could have one of these. I don’t have anything like it, and no one in New York has ever seen these.’” It turned out that McEwen fils owns a few of them. Oscar Tuazon has made a new work that leans toward abstraction, and Jim Lambie, who’s best known for his psychedelically colored taped floors, will make an appearance with one of the tree-ladder sculptures he has been making recently.

“There’s a lot of vertical work in the show,” Ms. Yablonsky said. “I guess I asked for that. I don’t know how we’re going to deal with that at the opening. There’s so much on the floor.”

While Ms. Yablonsky has a few curatorial credits to her name—a show at the pocket-sized Family Business gallery in Chelsea last year and a 2006 outdoor exhibition at the Anne Norton Sculpture Gardens, in Palm Beach, Flor.—this is her first full-on gallery show. 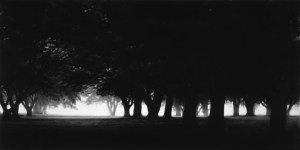 “I’m a little nervous,” said added. “On the other hand, I’m very excited. I know the work, and I’m happy to put it together. I’m really grateful for the opportunity.” She noted that she has spent years speaking with curators and watching them work. Now she has been asking them for advice. “I’m already thinking of the next show,” she said. “Stones. I collect stones.”

How does curating compare with writing? “It’s a lot more fun,” Ms. Yablonsky said without a moment’s hesitation. “I love writing, don’t get me wrong, but I sit alone at my desk in my apartment all day long talking to nobody. This is very engaging.” 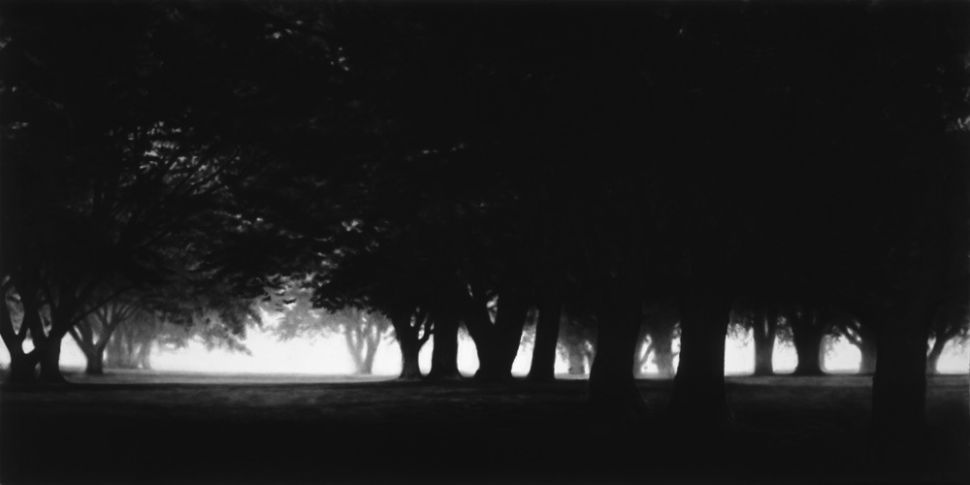