We’ve all been there: kidding ourselves into thinking we’re a smaller build than we actually are.

A Megabus driver discovered the pitfalls of this the hard way this morning, when he drove up the wrong ramp leading to the Port Authority Bus Terminal on 40th Street.

As a result, the double-decker bus he was driving got stuck on the ramp at around 8am and led to a huge pain in the ass for inbound commuters.

Two passengers on the bus also suffered minor injuries, according to DNAinfo. One was sent to St. Luke’s Hospital as a precaution and the driver was issued a summons. 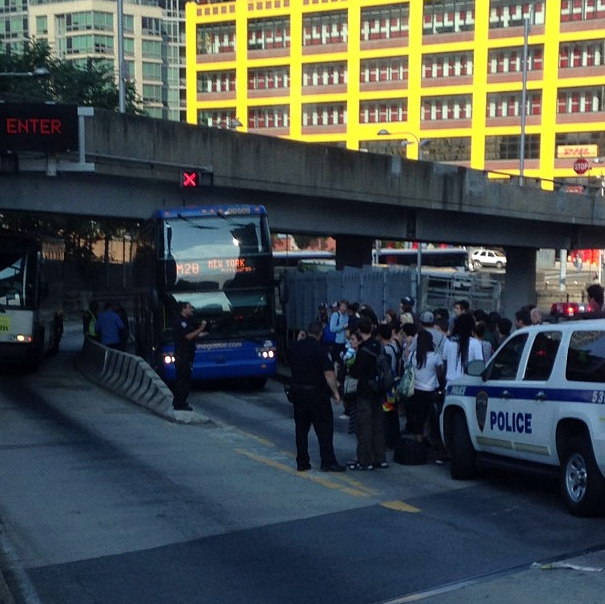