Jay-Z’s new record, Magna Carta … Holy Grail is getting more positive buzz and radio play than his pal Kanye West’s Yeezus. Well, Jay sings about his love for designer Tom Ford, while Kanye’s raps include tracks called “Black Skinhead” and “I Am a God,” a sentiment he likes to declare repeatedly. Heartthrob Justin Timberlake’s latest single, “Take Back the Night,” from his upcoming release The 20/20 Experience—2 of 2, is the perfect summer song to dance to, with its ode to Michael Jackson’s classic album Off the Wall. Jay and Justin (or J-squared) are performing the modestly named “Legends of the Summer Stadium” tour at Yankee Stadium. Expect shout-outs to their wives: Beyoncé and Jessica Biel. 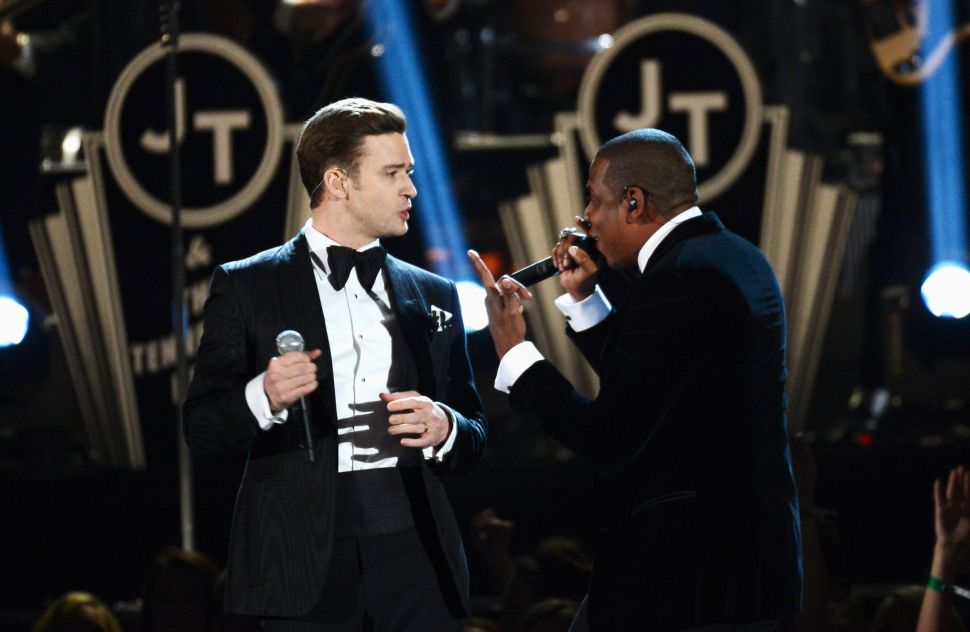