Wallace will fill the position that was most recently held by Rutgers Professor Alan Rosenthal, an expert on state government who died earlier this month due to his battle with cancer. Wallace was nominated to the Supreme Court in 2003 and found himself in the center of a controversy when Gov. Chris Christie chose not to re-appoint him in 2010.

“If there is anyone who can fill Alan’s shoes, it is Justice John Wallace. I am honored to announce that Justice Wallace will succeed Alan as chairman of this important committee,” Sweeney said in a statement.

“Alan Rosenthal was a dedicated public servant and champion of good government and sound public policy. His recent passing left a huge void in many ways, one of which was his service as chairman of the Joint Legislative Committee on Ethical Standards,” Sweeney said. “New Jersey legal observers have noted that Wallace has a reputation for being an independent, even-tempered justice who takes a scholarly approach to the law. He will be an outstanding chairman.” 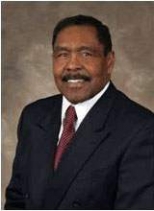