JERSEY CITY – Cops, sopping wet, some of them accompanied by those four-legged friendlies detailed here from the local K-9 Patrol, just got the word that they’re sticking with City Hall as the locale of Steven Fulop’s swearing-in ceremony.

The sun was coming out and a source close to the Fulop Team told PolitickerNJ.com they’re convinced that’s going to stick around, too.

The city within a city feel was unmistakable as Jersey City prepared for the Fulop era.

TV sound crews and concessions trucks mobilized on and around a blockaded Grove Street.

A former U.S. Marine who served in the Iraq War and worked on Wall Street, Mayor-elect Fulop defeated incumbent Mayor Jerry Healy earlier this month and today readied for a 6 p.m. swearing-in amid afternoon rain. 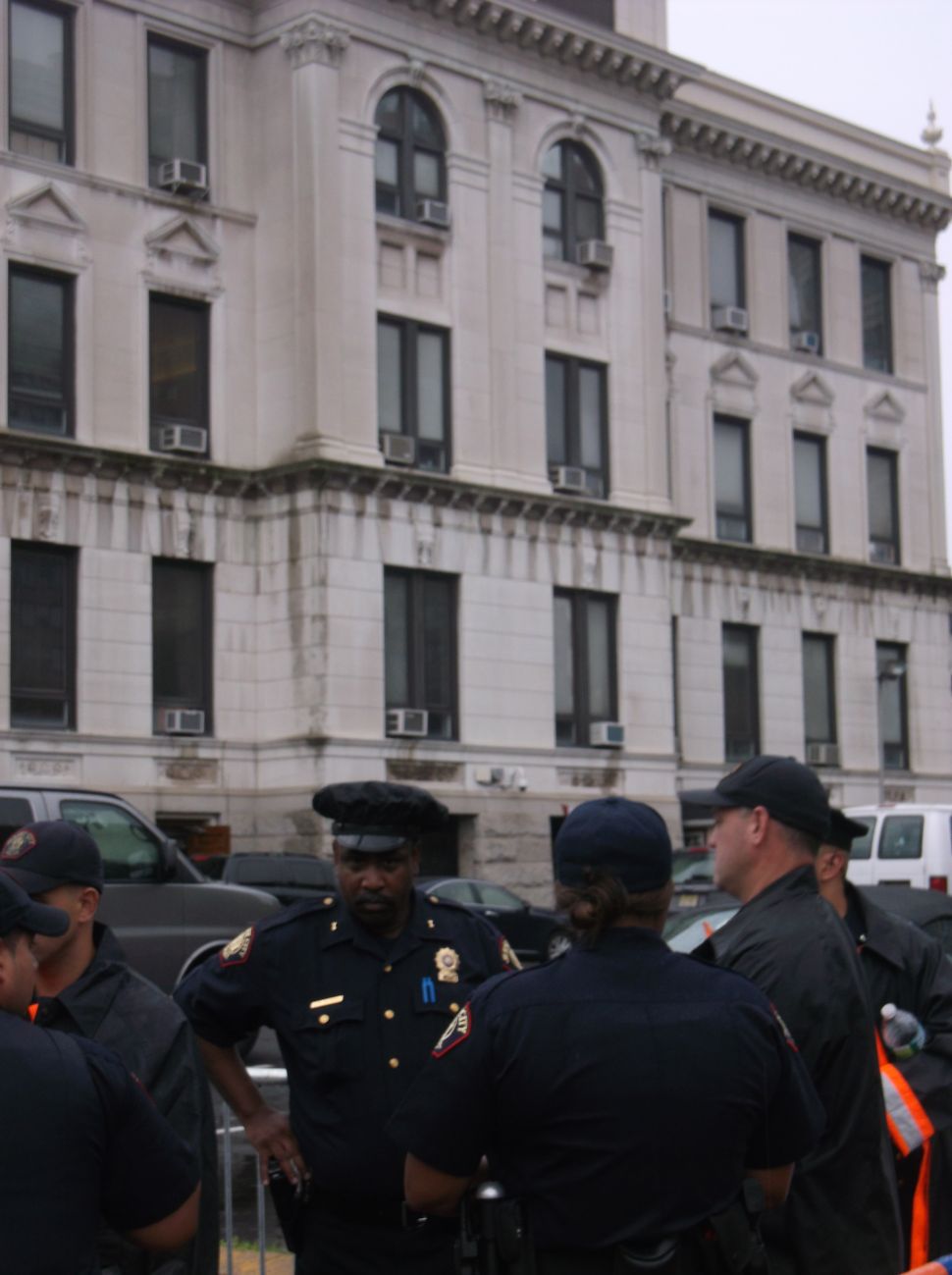