In light of how Pallone and Holt are polling against Booker, it’s better that Rothman took his beating in 2012 rather than attempt to make the case now that yet another progressive congressman can turn seven or eight percent into a Democratic Primary win against the glittery Newark mayor.

The 1st District Congressman faded into South Jersey obscurity after his last statewide debacle – a 2008 Democratic Primary butt-kicking by U.S. Sen. Frank Lautenberg. But as the much-disparaged Andrews gets increasingly silver-haired in office, at least he has the satisfaction of having taken his shot rather than appearing now as yet another Booker bowling pin from D.C.

The latest Quinnipiac University Poll showed the Newark mayor leading his closest competitor 52-10% in the Democratic Primary for U.S. Senate. The notorious Conan fan even hovered at the edge of substance with a pair of policy speeches, one focused on the very worthy goal of ending child poverty. His competitors gritted their teeth as Booker cited programs they have either helped protect or put in place. But it appears not to matter.

The state Supreme Court ruled that the Republican governor lacked the authority to abolish the Council on Affordable Housing. But Quinnipiac this week put Christie 61-29% ahead of Democratic challenger state Sen. Barbara Buono (D-18), and showed him with a 68% job approval rating. And for much of the week he wasn’t even in the state.

Who needs the news when you’ve got a former Republican candidate for Congress in the role of “ringleader” debuting a show this week called “Chasing New Jersey?” The WWOR program, based in Trenton and a replacement for the scrapped nightly news broadcast, features stories concerning New Jersey politics reported by a cadre of “chasers” helmed by the likeable Spadea.

A poll from Quinnipiac this week showed the former mayor of Bogota putting a 62-5% thumping on his Republican Primary opponent, as the movement conservative prepares for an October showdown with Cory Booker.

Yeah, we know Joe Biden turned it into a blue collar folk riff, but the commutes alone kill people. Then you get to hear about how much the public reviles you. The close-quarters, fulminating lectures on the U.S. Constitution are harakiri-worthy. But you pick up your briefcase every day and punch in to work in the nation’s capital and take often excruciating stands on issues figuring maybe someday you get that one shot at a U.S. Senate seat. Then someone who built a brand on Twitter destroys you in the polls.

We lost a giant this week when Prof. Alan Rosenthal died. In a sea of political pygmies, he was a legitimate colossus – and a genuine class act. Thanks for the lessons, Doc. May you rest in peace.

Now a victory is being able to hold a press conference and not have the people you’re standing there with break out into a fist fight. If that’s the measure of success, Buono nailed it this week when Booker, Oliver, Pallone and Holt formed a peaceable kingdom long enough for the flashbulbs to pop. But the Democratic nominee for governor lags far behind Christie in the polls, and insiders are tuning into the Booker show – even the one unicycle gig that it is – more than paying attention to the sputtering motions of Buono’s campaign.

We love that she’s running – a new name and a doctor, at that, burnishing credentials instead of puppet strings and apparently intent on ideas rather than fulfilling the maniacal designs of a political boss. But this is New Jersey, of course, where ideas and a resume will get you a short walk off what’s left of Seaside Heights, another way of saying that Republican U.S. Senate candidate Eck’s simply getting her butt kicked.

It used to be that judges’ robes constituted almost a cloak of invincibility. Not in Christie-world, where the Republican governor’s latest rants against the judiciary signal that the stubborn GOP governor, once an avid Rabner champion, doesn’t plan to punch in his star pupil next year when the judge is up for re-confirmation. 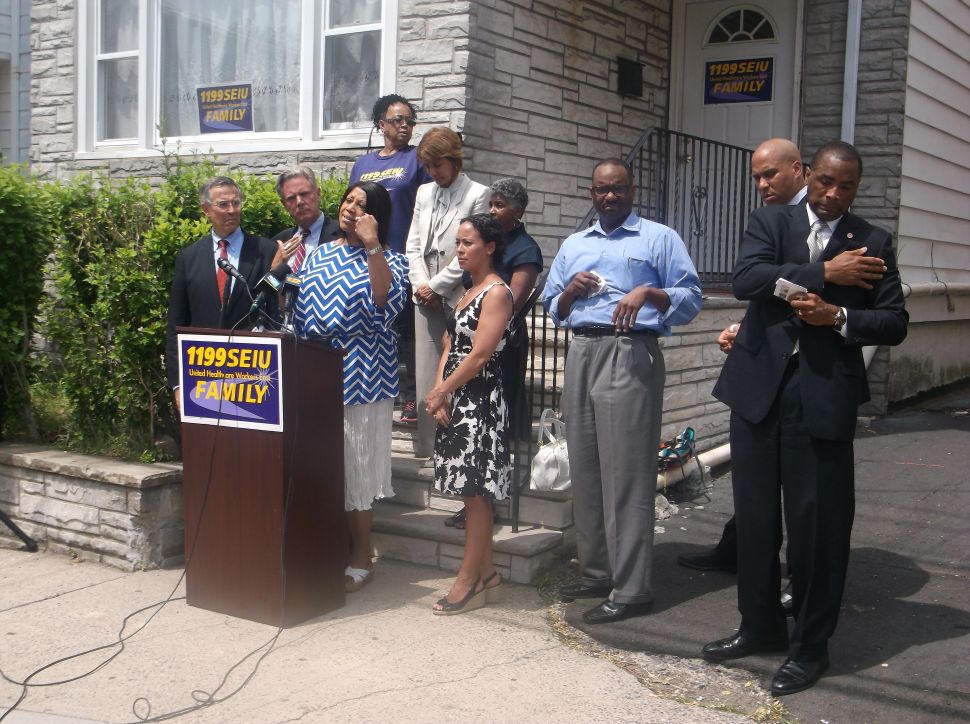