Steve Lonegan this week declared Booker the winner of the Democratic Senate primary. So he’s got that going for him, which is nice.  He was also almost 40 points up over his closest challenger in the most recent poll.

The Democratic candidate for Hamilton Township mayor this week received the endorsement of the state building trades council, one of only a few local candidates to get the nod.

Hurley was elected to the prestigious Broadcast Pioneers of Philadelphia Hall of Fame, which counts among its members Phillies play-by-play man Harry Kalas.

The legislative budget and finance officer for the Office of Legislative Services has received a 2013 Staff Achievement Award from the National Association of Legislative Fiscal Offices.

The longtime Democratic stalwart has been named as the new executive director of the Assembly Majority Office, replacing outgoing director Bill Caruso.

Assembly Speaker Sheila Oliver told the Star ledger this week that she will not move a bill that would dissolve the board.  The bill was pushed by Senate President Steve Sweeney, but Oliver said this week “I don’t think that speaks to improving or retrofitting the governing structure,” Oliver said during an interview with The Star-Ledger editorial board. “I don’t think that’s the way to do it.”

It was a relatively uneventful week in the gubernatorial race, but Christie racked up the endorsements of two more Democratic lawmakers.  State Sen. Barbara Buono unveiled her economic plan, to mixed reviews, but Christie continues to pull in endorsements and money.

Strife is once again enveloping the party even as two important elections play out within county boundaries.  Current party Chairman Rich Levesque chalks it up to a disgruntled few, while the disgruntled say it’s time for him to go.

A bankruptcy trustee is asking a judge to arrest Schroeder on contempt of court charges. Schroeder reportedly failed to appear at a meeting with his creditors and furnish certain financial records.

News surfaced this week that the state senator and mayor of Union City was involved in an altercation last year with federal law enforcement officers, who he accused of surveilling his house.  Stack wasn’t charged and no complaints were filed, but being on the wrong side of the FBI in New Jersey is a dangerous thing for any lawmaker.

The Monroe Township mayor and Middlesex Township Improvement Authority Executive Director was slapped this week by the local finance board over his salary, which hovers near $250,000.  Pucci’s salary was the subject of a Comptroller’s audit of the authority last year, which criticized a $55,000 bonus and the criteria used to award it. 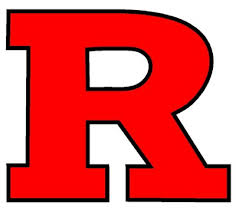