Ever since a certain former congressman’s latest sexting scandal, increasingly frustrated mayoral candidates–including Anthony Weiner–have been complaining that substantive issues are being ignored.

Some, like Public Advocate Bill de Blasio, have placed the blame squarely on Mr. Weiner’s shoulders, calling on him to leave the race; while others, including Mr. Weiner, have railed against the media, criticizing its obsession with the salacious details of the scandal, as well as the horse race in general.

But several frustrated advocacy groups told Politicker in recent weeks that some of the candidates seem to be failing to take major issues seriously, as well. One docked campaigns for sending low-level staffers and summer interns to policy meetings; others accused candidates of paying scant attention to less glamorous issues and failing to post detailed policy platforms on their websites.

“I guess we’ve been a little bit surprised at some of the responses that didn’t seem to engage as deeply on the issues,” said Holly Leicht, the executive director of the parks advocacy group New Yorkers for Parks, which is planning a rally on the steps of City Hall tomorrow morning calling on the mayoral candidates to make parks–one of many rarely discussed topics–“an election-year issue.”

To illustrate her frustration, Ms. Leicht described the group’s recent round of meetings with the campaigns to discuss parks and environmental issues. While some candidates attended personally or sent deeply knowledgeable senior staffers, she said, “Others seemed like they weren’t engaged at all and we got some junior level people [including a summer intern] who really didn’t seem like they could connect.”

“You definitely feel like your issues aren’t being taken seriously,” she added. “No offense to summer interns–we have some brilliant ones–but it’s a very different level of engagement.”

Doug Gordon, a board member of StreetsPAC, which was founded to promote pedestrian safety and other transportation issues, also expressed frustrations over the depth of engagement as well as the fact that issues near and dear to his heart weren’t being discussed.

While some hot-button topics like expanded ferry service and the Citi Bike program have come up frequently during debates, he said many of the candidates have yet to articulate comprehensive visions for the city’s streets less than a month before the primary. And while he said the news media was partially to blame for the problem (the moderators of last night’s first broadcast debate, for instance, didn’t ask questions about transportation issues), he said the problem extended beyond that.

“I think it’s way too simplistic to blame the media for the lack of substance on some of these issues … Obviously the scandals suck a lot of the air out of the debates,” he said, “but not all of the candidates even have major transportation issues on their websites.”

Of course several high-profile issues have received extensive attention during this election season; the candidates have all developed nuanced positions, for instance, on charter schools and co-locations, as well as the NYPD’s  controversial  stop-and-frisk tactic and other policing issues. And several campaigns noted that they are focused on the issues that voters care and ask most about, like education, public safety and jobs.

Still Steven Dawson, a strategic adviser at the Paraprofessional Healthcare Institute, which deals with home healthcare workforce issues, said overall, he’d been impressed by the candidates.

“We’ve been actually quite pleased with the response and the level of staff,” said Mr. Dawson, whose group also held meetings with the campaigns and expects the conversation to continue on more depth after the primary, when there are fewer people running.

“What we recognize is that in this summer of doldrums, it’s quite hard for any of the campaigns to get into too much depth on any of the particular issues,” he said. 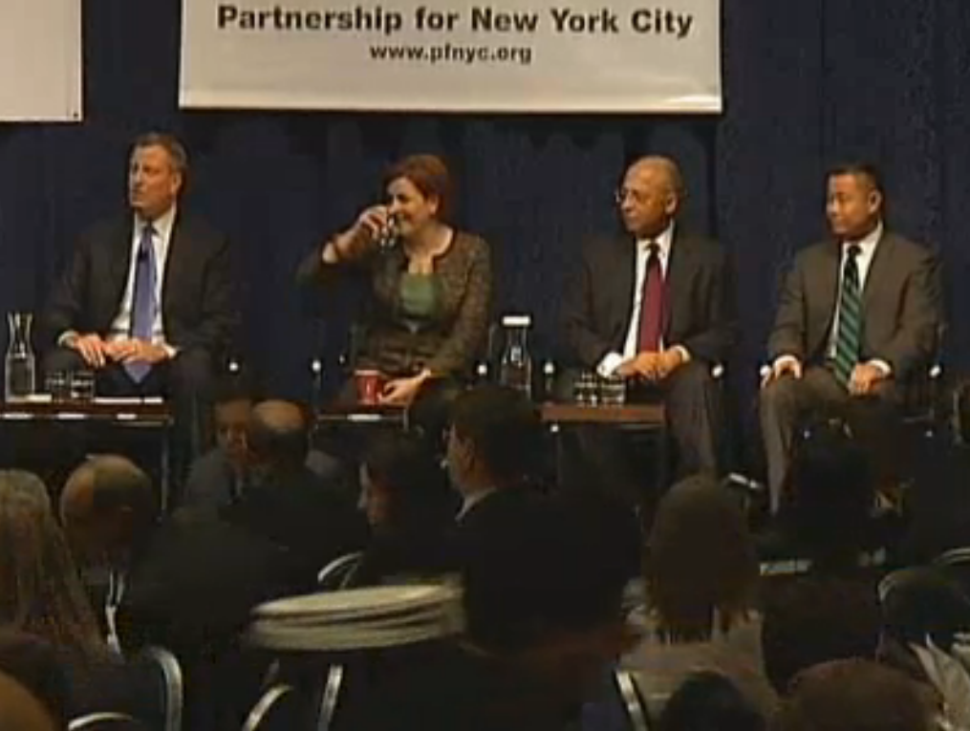