While Jeff Bezos popped off to the market to pick up the newspaper this week, his used-textbook giant, Amazon, branched out to dabble in the art world, as well. And the results are hilarious–if you like corny jokes.

On Amazon Art, customers can snatch up art pieces from hella artists, ranging from $10 screen prints to multimillion-dollar totally important originals, the New York Times asserts. They can also review the art, and lucky for us, instead of stroking their goatees and talking about boring stuff like formal juxtapositions and atmospheric perspective, they are making dumb jokes, Slate has discovered.

Check out the comments under this strange image that doesn’t appear to be a selfie, called L’Enfant a la tasse, by Jean Monet. If it were created today, it would be called Bitch Please Baby Meme and people would write dumb captions on it in white Impact font. It costs $1.45 million.

One reviewer said she’d purchased the painting but couldn’t figure out where to hang it, finally asking her butler, Jeeves, to display it over the toilet. “It really brings the bathroom together,” she writes.

Stephen M. Walls writes, “For as much as I paid I’m a little upset that this isn’t a new painting. You can see OBVIOUS cracks and I’m worried that the artwork has had several owners before me.”

Another listed one of his pretend-purchase’s pros as, “The title of the painting makes me want to learn Spanish.”

Another reviewer, who might be serious, says the one-and-a-half-million-dollar scribbling is “not too fancy, but it gets the job done.”

From commenter twistysnacks: “BUYER BEWARE: THIS ITEM IS IN FRENCH. There is no English version. I purchased this product and couldn’t understand a word of it.”

Amazon commenters, you are a veritable Greek chorus of goofballs. 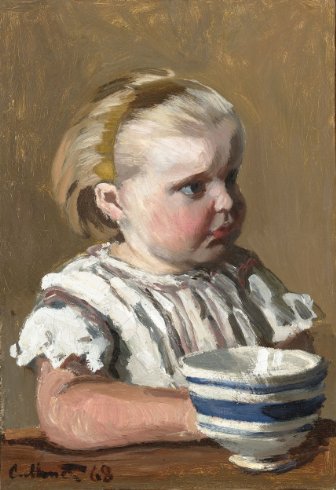