Anthony Weiner tried to clear the air Friday evening, giving a whirlwind round of interviews to various local news outlets. Free of the chaotic press scrums that have dominated his mayoral campaign since his latest sexting revelations, Mr. Weiner pushed his interviewers to turn the page on the scandal.

“Are you a narcissist?” PIX11’s Mario Diaz asked Mr. Weiner in his interview’s opening question. Mr. Weiner replied that he likes to get in front of crowds, adding, “I’m sure there are a lot of people like that in television news, too.”

Their conversation only got more strained, with Mr. Weiner giving Mr. Diaz instructions on what he should actually be asking about.

“I think I can still do my job, thank you very much,” Mr. Diaz concluded, resulting in a sarcastic “you’re welcome” from Mr. Weiner.

Things were also tense on FOX 5, where Mr. Weiner sparred with Linda Schmidt over whether inquiries about his spokeswoman’s “slutbag” tirade amounted, in fact, to a question. (“All I can do is answer your questions the best I can–even that question,” came the reply.)

“You like the story, right? You guys like it,” Mr. Weiner told her. “You guys like this story, I get that. I get embarrassing things in my background. I’m in the middle of an example of the politics of personal embarrassment. It isn’t easy.”

His other interviews, including on NY1, NBC 4 and RNN-TV went a little better, although things got rocky at times with RNN’s Dominic Carter. After ten minutes of sexting questions from Mr. Carter, Mr. Weiner declared that his television station’s audience would prefer to hear about something else.

“Dominic we’re going to have a nice, long conversation here. Are you sure you want to make the entire conversation about something that I think people know a lot about?” he asked. “This election, Dominic, is not about me, it’s about the people watching RNN right now who want to know, ‘You know what? What kind of mayor am I going to have?’ … You’re the reporter and I’m just the subject, you can ask these questions as much as you want.”

The conversation promptly resumed to the the scandal topic and Mr. Weiner was visibly unhappy as he was asked to response to long-shot candidate Jimmy McMillan’s “freaky-ism” quote.

Mr. Weiner will be announcing his second “Keys to the City” policy proposals at a 1 p.m. press conference today. Time will tell if he can indeed move the overall narrative away from the scandal to more favorable policy terrain. 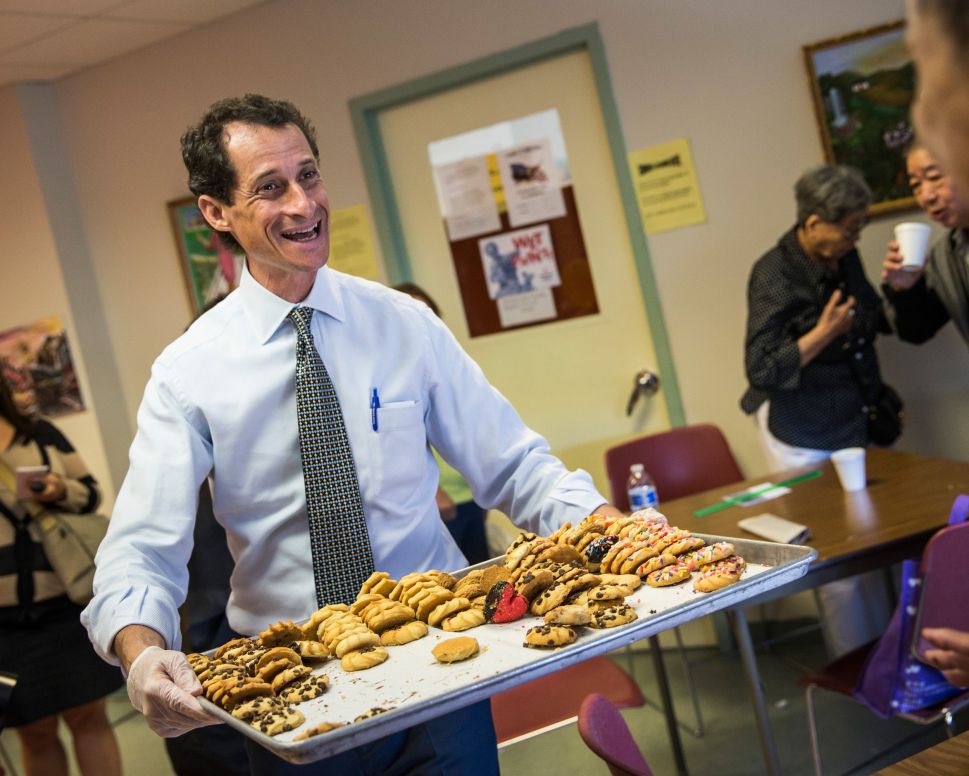