Before he married his wife, former Congressman Anthony Weiner had a previously undisclosed relationship with an on-again-off-again congressional and campaign aide nearly two decades his junior.

In pushing back against the publication of this story, the spokeswoman for his current mayoral campaign, Barbara Morgan, phoned The New York Observer‘s editor in chief. Partially confirming the relationship, she said the two “had a personal relationship.” (At that point, Ms. Morgan stopped mid-sentence to request the conversation be continued off the record.)

In a cease-and-desist letter sent to The New York Observer today, an attorney for the woman said his client, Dolev Azaria, “vehemently denies” that she and Mr. Weiner had any romantic relationship “while Ms. Azaria was working for Mr. Weiner.”

“Anthony was my boss and a mentor and we remain friends to this day. There was never anything inappropriate about our relationship. I’m saddened that rumors to the contrary would imply anything else,” Ms. Azaria further said in a statement late Thursday night.

Nearly a dozen sources and former staffers, however, said they strongly suspected that wasn’t the case.

Instead, they described the lengthy relationship between the pair as a badly-kept open secret, with the two openly flirting and behaving unlike any other staffers in the office for a period they say began well before late 2006–when Ms. Azaria left Mr. Weiner’s payroll–and continuing after she returned in mid-2008. (In 2006, Ms. Azaria would have been turning 24 years old, while Mr. Weiner would have been turning 42.) The allegedly unprofessional behavior made some staffers uncomfortable.

“You’d have to be an idiot to not know what was going on,” said one ex-aide, who, like the majority of others, spoke on the condition of anonymity to avoid damaging his relationship with Mr. Weiner and their former colleague. “It was a known secret in the office,” another said.

The close relationship was especially striking, sources said, in contrast to the way Mr. Weiner behaved with others.

“It was pretty clear they had a different relationship than everyone else,” said one source, describing the behavior–openly flirting and largely behaving unlike Mr. Weiner was with any other staffer–as continuing into 2008, when Mr. Weiner began dating his current wife. “If you worked for Weiner, you were lucky if he refused to acknowledge your existence. Those less fortunate got called ‘cocksucker,’” said another. “So [their] rapport was exceptional.”

While relationships between staffers and their bosses–especially in the incestuous world of politics–are not unheard of, this pairing nonetheless suggests that Mr. Weiner was not completely honest when he insisted his personal proclivities were completely constrained to his private life.

“I think the notion of a member of Congress having a relationship with his staffer does not fit the bill of somebody making smart decisions about how he’s running an office and how he’s going to carry on in public life,” said one source. “It is a thing when the boss is having a relationship with a staffer and attempting to keep it a secret from anyone. That’s not appropriate and I think not something that represents smart, sound judgement.”

While none of the sources ever saw a figurative smoking gun, they described a pattern that left one well-connected source with “100 percent” confidence that there was a relationship between Ms. Azaria and Mr. Weiner in the office while she was working there.

For instance, one of the sources reported the pair coming and going together at all hours (at times, Mr. Weiner was running his campaign office from his apartment, some noted) and described overhearing phone conversations between the two that made it clear to them that the relationship went beyond professional dealings. When the person arrived at the office they said they were warned not to say anything negative about Mr. Weiner in Ms. Azaria’s company because it would get back to their boss. Another described suspicious holes in Mr. Weiner’s schedule when the two would turn up together. A third pointed to the woman using a vacation photo of the pair together as her screensaver.

Ms. Azaria first started working for Mr. Weiner’s Congressional office as a part-time staffer in 2001, according to Congressional records obtained through LegiStorm. By the next year, she was living next door to Mr. Weiner in his Sheepshead Bay building, campaign finance records show. She was steadily promoted over the next three years, eventually working on Mr. Weiner’s congressional and mayoral campaigns.

The quick rise earned Ms. Azaria a mention in New York magazine. “Two years ago, Congressman Anthony Weiner tapped Azaria to be his campaign-finance director; she oversaw a staff of six, some of whom were Ph.D.’s fifteen years her senior. Now she’s launching her own political-consultancy firm,” read a blurb on a 2005 list entitled, “Because at Least One Person on This Page Will be Justly Famous by 2010.”

Many found it curious, however, that Ms. Azaria stayed on Mr. Weiner’s congressional campaign payroll after a sexting scandal forced his resignation in June, 2011; Federal Election Commission filings show that Ms. Azaria continued being paid for three months. And as Ron Brynaert, the former executive editor at The Raw Story, extensively documented on his blog last year, Ms. Azaria received an increase in pay from $6,318 to $8,500 for those three post-resignation months–a raise of nearly 35 percent, the records show.

But the Weiner campaign attributed it to a bookkeeping quirk.

“This idea of an increase is not correct,” Ms. Morgan told Politicker last weekend, refusing repeated requests for additional on-the-record details. “The difference is based on how she was being paid. She was on payroll and thus payroll taxes were taken out. Her gross pay then was the same as when she was being paid $8,000 as a consultant.”

“Dolev was the last person on staff,” Ms. Morgan further explained. “She was responsible for shutting down an entire campaign and many tasks related to Anthony’s official duties, such as arranging for storage of official papers, taking care of expenditures and contributions, and other administrative functions. All of these things that were related to his job in congress had to be completed … by either employees of his official office or the campaign. Since he had no official staff, Dolev took on many of these responsibilities. This work took a few months and was why she was still being paid.”

“Dolev was one of Anthony’s longest serving and skillful employees and her work as a fundraiser was stellar,” she said via email. “They remain friends and Dolev attended Anthony’s wedding. Unsourced election year gossip notwithstanding, their relationship was appropriate at all times.”

Update (6:30 p.m.): According to the Huffington Post, Mr. Weiner continued to dismiss this story Friday, but “dodged a direct question whether he had a relationship, inappropriate or otherwise, with the specific staffer mentioned in The Observer.”

Instead, according to accounts from an unrelated press conference in the Bronx, the former congressman focused on the word “inappropriate” to qualify his rejection. 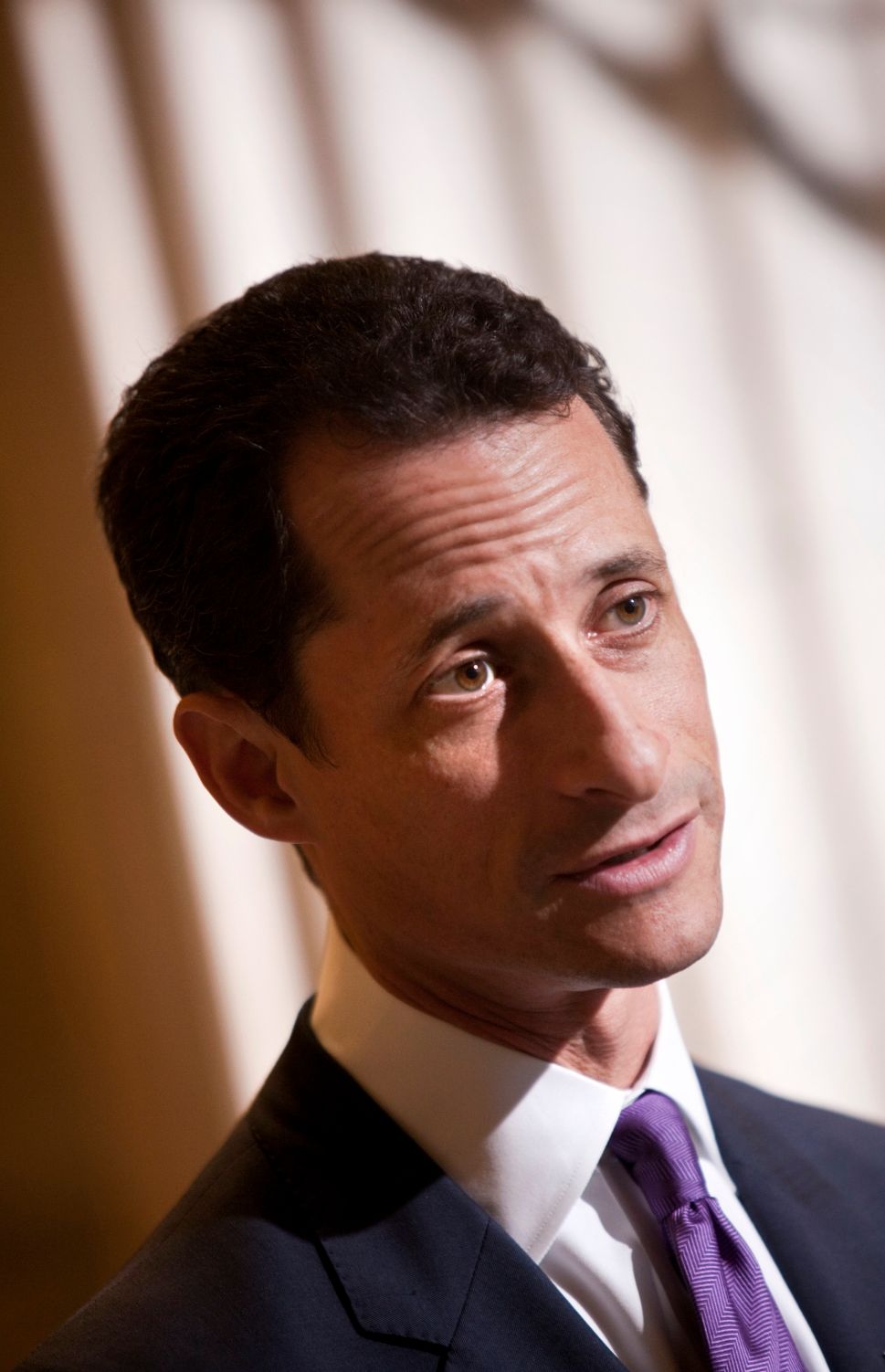