The New York Department of Motor Vehicles is rolling out a new driver’s license that they claim is virtually tamper-proof. While the makeover is mainly aimed at curbing forgeries that can be used for terrorism and identity theft, New Yorkers under 21 will also find their beer buying abilities impeded by the spiffy new vertical alignment of “Under 21” licenses, which make it easier for bouncers and bodega owners to weed out underage drinkers. (In 2012, the New York DMV apparently collected 1,450 counterfeit licenses in underage drinking stings.)

Beginning Thursday, the New York DMV will be issuing these new, muted-color licenses to drivers who renew their licenses online, as well as to motorists obtaining a new license or replacing an old one at the Staten Island office as of September 6th.

Along with a shift to a black and white image, the card also features a  “ghost image,” or a clear window that displays a smaller image, visible on both sides of the card. Sadly, these images will be laser-engraved onto a rigid polycarbonate card—which means the much-loved malleability of New York’s once-unique licenses will be lost forever.

In Virginia, where a similar design has been in circulation since 2009, the DMV had yet to see a “credible” forgery of a Virginia license, a Virginia DMV spokeswoman told The New York Times in March.

“I’ve been told I look good in black and white,” one Upper West Side resident told CBS New York. 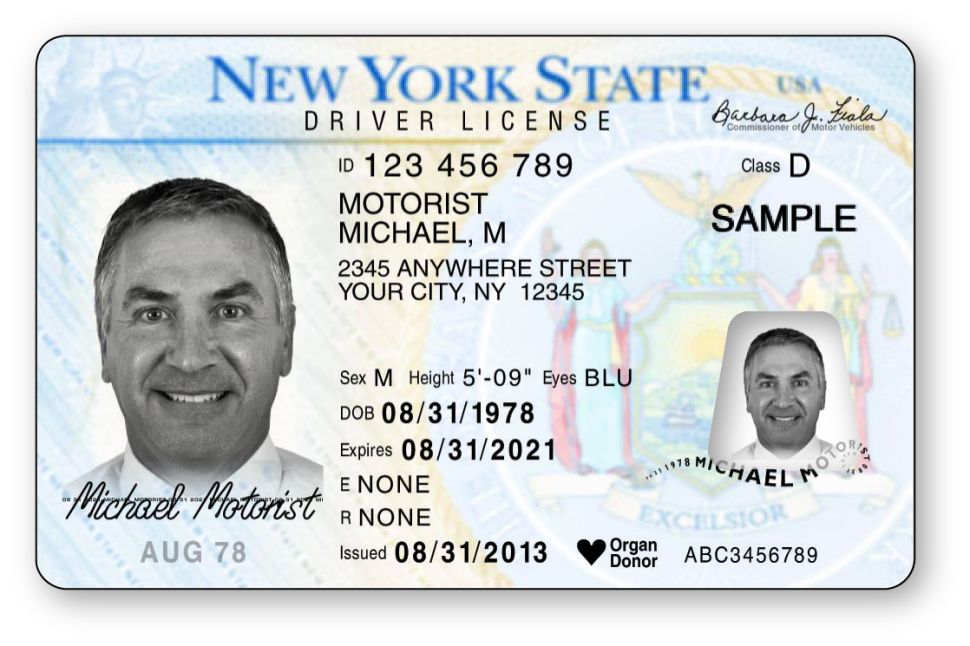