Public Advocate Bill de Blasio insisted last night that he has the grit to be the city’s next mayor, even if he isn’t as prone to expletives as some of his would-be predecessors.

“I’ve got the steel I need to take on this fight,” said Mr. de Blasio during an appearance on MSNBC’s All in with Chris Hayes, where he was introduced as the “guy who is now–against all conventional wisdom, and much to the shock and horror of much of the city’s elite–the front-runner in the New York City’s mayor’s race.”

The assurance came in response to a concern raised by Mr. Hayes that Mr. de Blasio is just too nice to be mayor.

“This city has a lot of powerful people. And basically, in my lifetime, the only people who have been successful mayors have been basically maniacs,” began Mr. Hayes. “Like, I don’t mean ‘maniacs’ as in a clinical sense. I just mean like massive egos, huge personalities who seem to relish telling people to go expletive themselves. And you just seem like a nice guy.

“And I worry that you’re gonna be in a whole bunch of meetings with all these powerful people and you do not relish enough telling people to go expletive themselves,” he added. “So disabuse people of that fear.”

“I relish making the changes we need,” responded Mr. de Blasio, who pointed to his past fighting the current Mayor Michael Bloomberg on term limits. Still, he took issue with the premise that mayors in this city have to be mean.

“I think the fallacy is that somehow you need this kind of negative personality to make it in this city. No, in fact, times have changed. People in this city want these inequalities addressed, they feel urgency,” he said. “They will back up a leader who works for progressive change. And that’s the X factor here. Maybe that wasn’t as true in the past politics of the city. It’s true now.”

“You know what’s standing in the way of more reduction in crime?” the public advocate asked. “The fact that police and community have a tension between them in so many neighborhoods.”

You can watch the full exchange here. 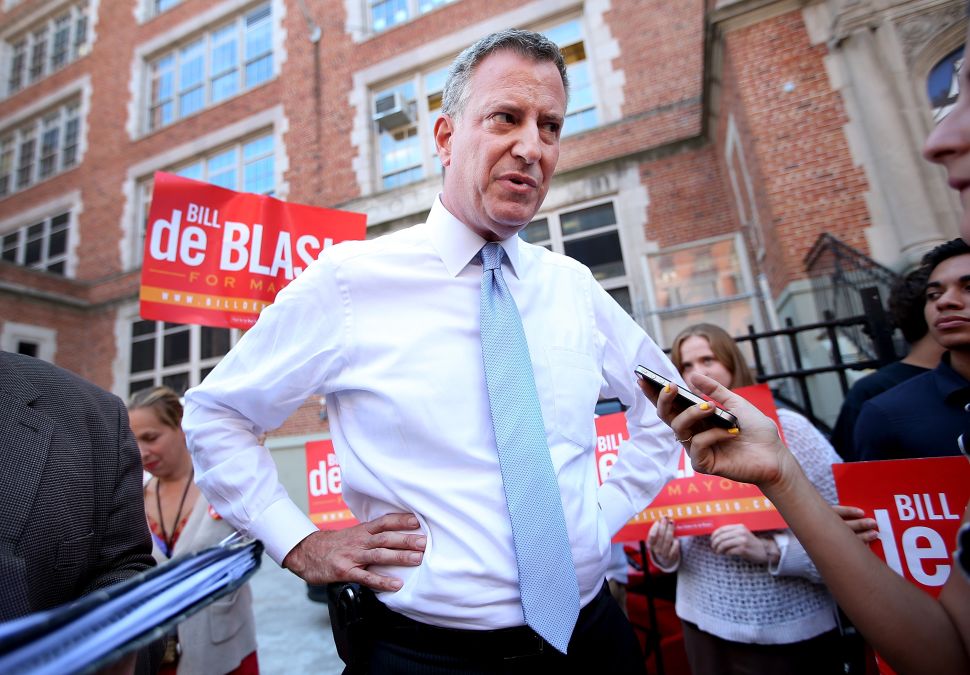