Step aside Carlos Danger, Bill de Blasio is ready to make his own pitch to Latino voters as he and his fellow mayoral candidates increasingly tailor their message to the city’s sizable Hispanic community.

Mr. de Blasio, who has clearly been practicing his Spanish language skills, released a new online ad today where he personally narrates in the language.

“Last week, I joined protestors in fighting to keep a local public hospital open, and in an act of civil disobedience, I submitted myself to voluntary arrest,” Mr. de Blasio says, according to his campaign’s translation. “We’re going to keep up that fight.”

Mayor Michael Bloomberg has been mocked throughout his administration for his less-than-stellar Spanish, which he breaks out at the end of most of his press conferences. 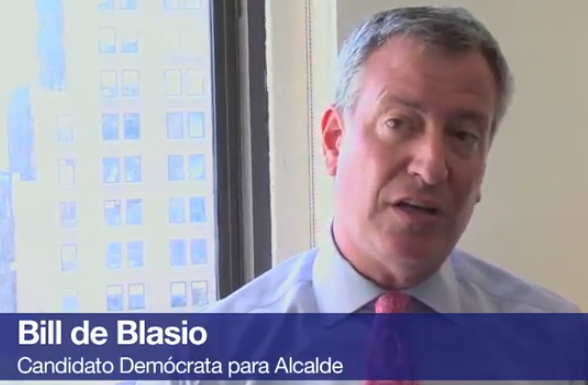