The Democratic nominee for governor spent the afternoon today trashing incumbent Republican Gov. Chris Christie, whose lead in the contest last week dropped from 30 to 20 points.

Women, Buono told a crowd of women, earn 78 cents on every dollar earned by men in this state.

Buono is the first woman from the Democratic Party to land the nomination for governor.

Christie vetoed $7.5 million in women’s healthcare funding, she said, using the issue as a springboard into an all-out reaming of the governor.

“This governor has sacrificed the safety of our children (by resisting stronger gun control laws) and sacrificed women’s healthcare,” Buono said. “We have the power to chart a new course, which is why we’re here to discuss women’s issues, which are really family issues.”

Local powerbroker Freeholder Bilal Beasley welcomed Buono – and proved why he has been able to get elected for years.

It was a packed roomful of animated women, about 50 of them.

The remark received a hearty round of applause. 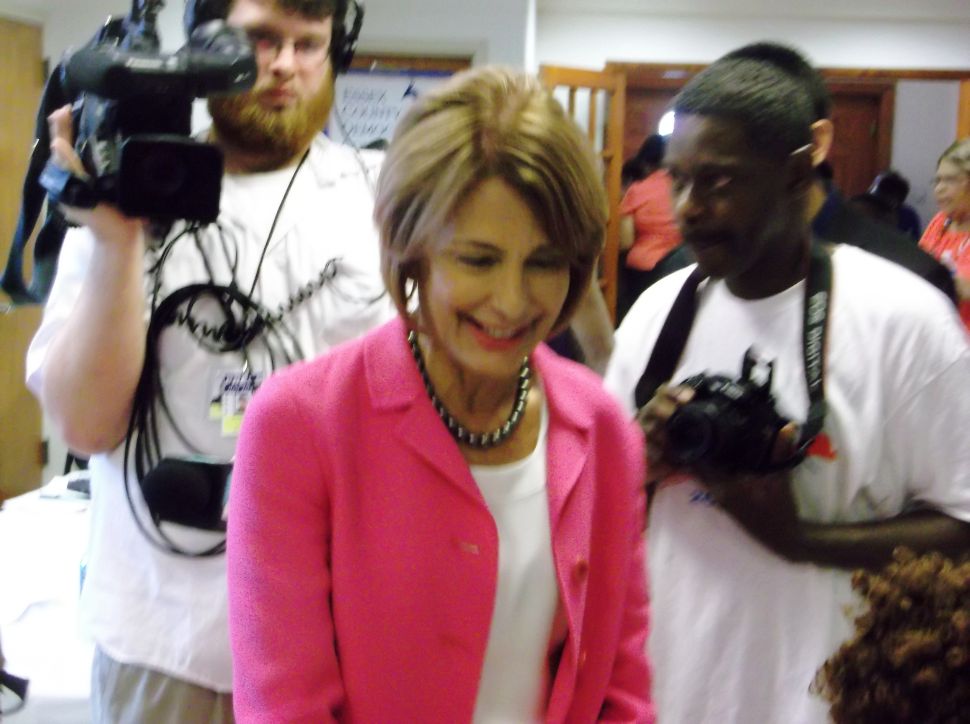