Already the most expensive (and stupidly named) musical in history, Spider-Man: Turn Off the Dark is also proving to be by far the most dangerous. Thanks, Bono.

On Thursday night, a 23-year-old actor was severely injured during a performance of the $75 million Broadway musical, forcing the production to come to to a halt. According to the authorities, the actor, who was identified by the New York Times as Daniel Curry, suffered trauma to his leg after his ankle was caught in a hydraulic stage lift.

“The floor looked completely closed on his leg,” one audience member told the Times. “They brought out a privacy screen and a lot of people on stage started getting things going. A stretcher was brought out, they were using a saw to cut a hole in the stage floor.”

Mr. Curry was taken to Bellevue Hospital in serious condition; a spokesman for the show could not address to the severity of Mr. Curry’s injuries or confirm his identity.

The very possibly cursed musical, which celebrated its 1000th show in May, has seen more than its fair share of accidents. In 2010, stuntman Christopher Tierney fell from a 30-foot platform, fracturing his skull and several vertebrae and suffering internal bleeding and broken ribs. Other injuries included a stuntman who broke both wrists, an actor who broke a toe, and an actress who suffered a concussion after being hit in the head by equipment.

“The first time I saw the show, it was like watching the Hindenburg burn and crash,” Ben Brantley of the Times wrote in 2011.  After a game of directorial musical chairs and extensive retooling, Mr. Brantley proclaimed the musical merely a “lopsided spectacle.”

Since then, all we’ve heard from Spider-Man: Turn Off the Dark are the accident reports. Does anybody know a damn thing about the plot? Does anyone care?

Maybe it’s time to just turn off the lights. 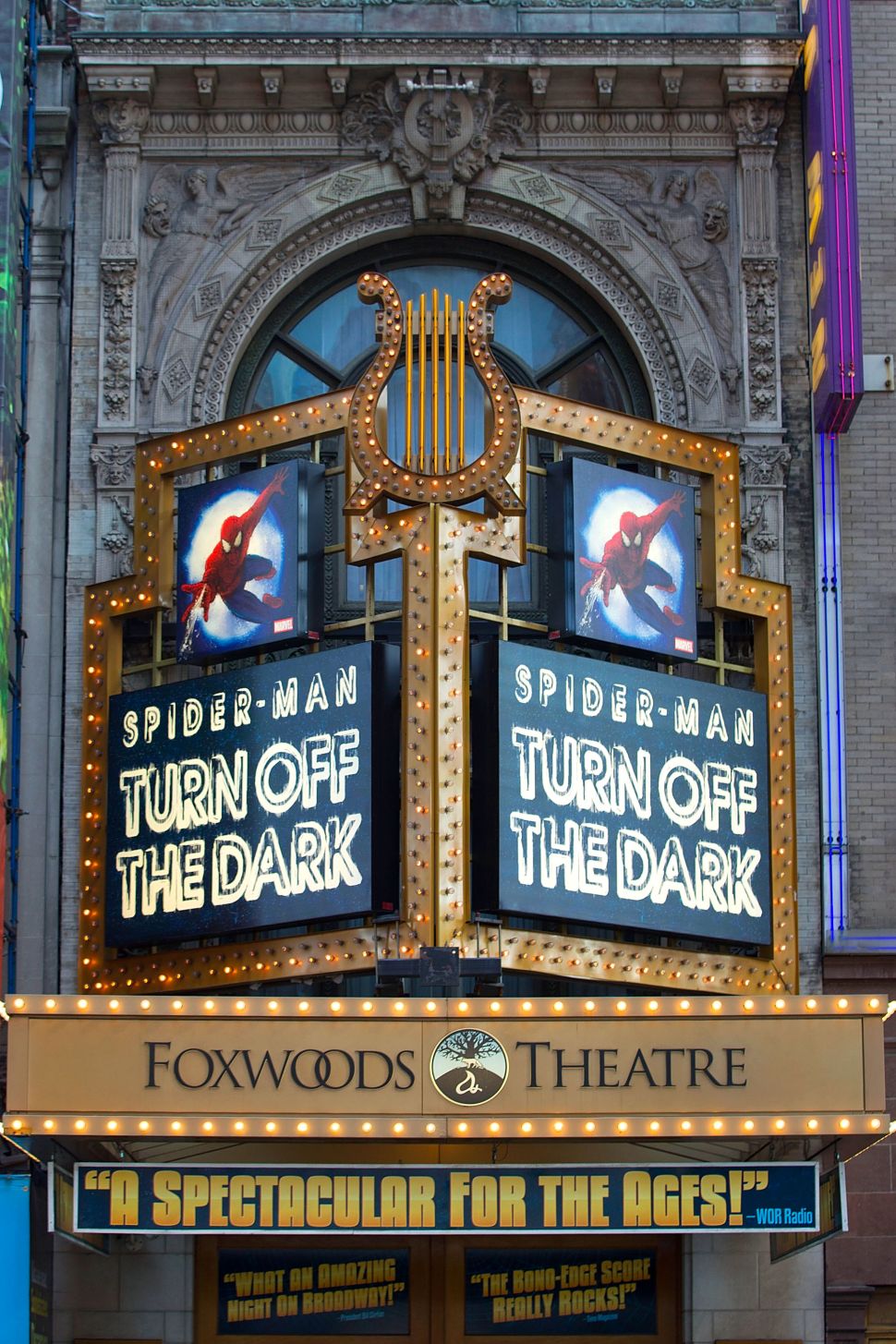