The Upper West Side has been seeing more than its fair share of rats lately – and they’re not the kind that can whip up gourmet meals while cracking wise in Patton Oswalt’s voice.

Last year, the Upper West Side nabbed the dubious honor of becoming the most rat-infested part of the city, with residents lodging more than 1,183 complaints about rat infestations over two years, the New York Post found. Then again, they may just be more vocal than, say, residents of Bushwick, which came in second in the rat race.

The city is attempting a to curb rat attacks in the tony nabe by filling tree pits with Stalite, a non-toxic material used in gardening and construction. Apparently, the UWS’s rat problem can be traced in part to rats’ affinity for burrowing into the soil around tree pits to form a nest.

“Rats didn’t like burrowing or nesting in this material,” Caroline Bragdon, a pest control specialist at the Department of Health, told DNAinfo.

The city is taking action after a series of less-than-savory rat sightings in the neighborhood. In 2012, shoppers at an UWS Fairway Market were outraged after witnessing their furry foes cavorting among the produce bins. A veritable army of vermin reportedly descended on a small playground near Trump Place that same year.

The measure is an experiment in curbing the UWS’s rat population, not a bona fide cure. The Parks Department will be mixing Stalite in with the soil of 30 tree pits in the neighborhood beginning in September and monitoring the results.

However, rats are also drawn to the (delicious) sacks of garbage that many Upper West Side residents place out on the curb the night before trash pickup. Ms. Bragdon urged residents to keep their trash indoors until morning, in order to cut off the rats’ food supply.

At a “Rat Academy” co-hosted by Councilwoman Gale Brewer last August, Manhattan Borough President (and current bitter Eliot Spitzer rival) Scott Stringer said, “I live on 71st Street. The rats don’t scurry. They walk right up to you and say, ‘How are you, Mr. Borough President?’” 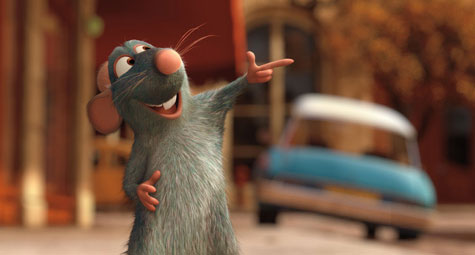