On the day when Councilman Darrin Sharif is scheduled to announce his candidacy for mayor of Newark, two of his City Council colleagues are endorsing an alternative.

“What sets Ras Baraka apart from the other candidates is his ability to transform Newark through building a broad-based movement for change,” said Crump. “He has the unique ability to unite communities around common causes that affect the City. I have worked with Ras and seen his ability to inspire students, parents, and teachers, business and labor leaders, ministers, university, hospital and non-profit executives, and his fellow politicians to work together for the betterment of this City.

“Ras understands that no mayor can change Newark all by himself,” the councilwoman added. “The way to transform Newark is to inspire people to believe in themselves, to believe in Newark, and to believe in the power of all of us working together to rebuild our city. That’s what Ras is all about. Ras Baraka is truly the best hope for the people of Newark. I am extremely proud to endorse his candidacy for Mayor.”

“I have worked with Ras Baraka on the City Council, and I am impressed with his independence, his creative thinking, and his strong leadership,” said the West Ward councilman. “I endorse Ras Baraka for his experience as a leader in education, his ability to inspire hope, and his vision for the future of Newark. Ras’s broad range of experience and his ability to organize a movement to revitalize Newark make him uniquely qualified to be mayor.” 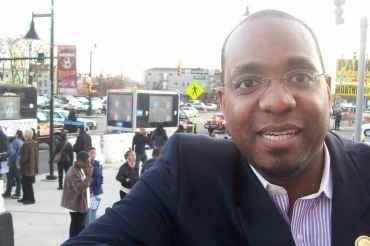