Back in May, Edward Hopper’s 1928 painting Blackwell’s Island sold for $19.2 million at Christie’s American art sale in New York, the second-highest price ever paid for a painting by the artist at auction. Though the winning bidder has not been revealed, the Crystal Bridges Museum of American Art in Bentonville, Ark. announced that it has acquired the work—from a private collector, it said—and will soon put it on view.

The Whitney owns an earlier depiction of Blackwell’s Island by Hopper, from 1911, which according to Christie’s is the artist’s first take on the subject. By the time he painted the piece now in Crystal Bridges’ collection, the name of the island had been changed to Welfare Island, though Hopper stuck with its original English name for the title of his painting. (In 1971, it was changed again to Roosevelt Island, after President Franklin Delano Roosevelt, and is now home to Louis Kahn’s FDR Four Freedoms Park.)

Eighty-five years after Hopper painted the work, the island looks quite a bit different. See below. 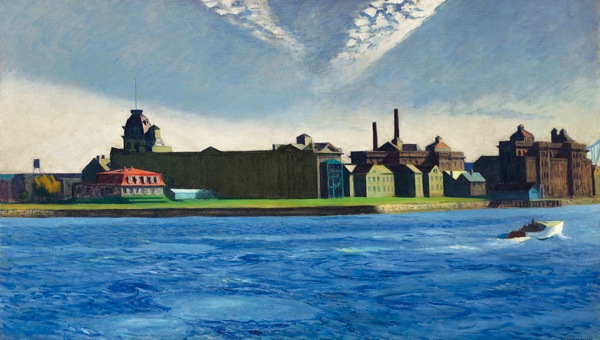