The Times reported that the Republican governor has been out of New Jersey at least 91 days in the last year.

“New Jersey voters deserve to know why their Governor has spent nearly 1 in 4 days of the last year outside New Jersey,” Currie said. “Chris Christie is trying to hide his 2016 auditions from New Jersey voters because the right wing Republicans’ primary electorate doesn’t share the same values with Garden State voters. While Chris Christie travels around the country trying to impress the GOP base and its wealthy donors, New Jersey is left with 8.6% unemployment, an economy that shed 11,800 jobs last month and an absentee Governor more concerned with Iowa and New Hampshire than the state he is supposed to be leading.

“Governor Christie is taking New Jersey voters for granted and using state resources to travel around the country auditioning for Republican primary voters,” Currie added. “That might be good for Chris Christie, but it’s bad for New Jersey, and Garden State voters deserve better than an absentee Governor.” 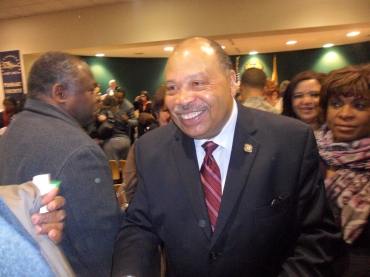