PATERSON – The mayor’s race is nearly in full swing in the Silk City nine months before the election, with incumbent Mayor Jeffrey Jones looking to stare down a rapidly increasing field of challengers.

“The rebirth of Paterson has begun,” announced a beaming Jones outside a newly opened supermarket in lower downtown.

The mayor picked the young entrepreneur out of the crowd who’s largely responsible for the new market, which rose despite setbacks caused by Hurricane Irene.

“None other than Robert Menendez could show up here today and make this that crowning moment,” Jones said.

As new names enter the mix of mayoral contenders, the older ones cling to the hope of consolidating their bases in a big field that will not have to face a runoff election as the combatants do in Newark.

Councilman Rigo Rodriguez is out there proclaiming himself the city’s next mayor.

Donna Nelson-Ivy, Jones’s director of Health and Human Services, has filed to run.

Council President Andre Sayegh, who was present today at the grand opening of the new supermarket downtown, is in mulling mode.

His wife just had a baby girl.

“I’m on a listening tour,” he cracked. “I’m strongly considering it.”

At least four big questions remain in the fluid field.

What will Freeholder T.J. Best do? He was a much murmured future mayoral candidate a year ago.

Where will Assemblyman Benji Wimberly (D-35) stand? He has a big base in the city and ran for council on a ticket with Jones three years ago. His endorsement is coveted citywide.

Who will have the support of U.S. Rep. Bill Pascrell, (D-9)? We’re guessing it won’t be Jones, who last year supported out-of-towner U.S. Rep. Steve Rothman, (D-9), against Pascrell, who crushed Rothman in an upset.

What will Councilman Ken Morris do? Will the veteran finally run for mayor this time? 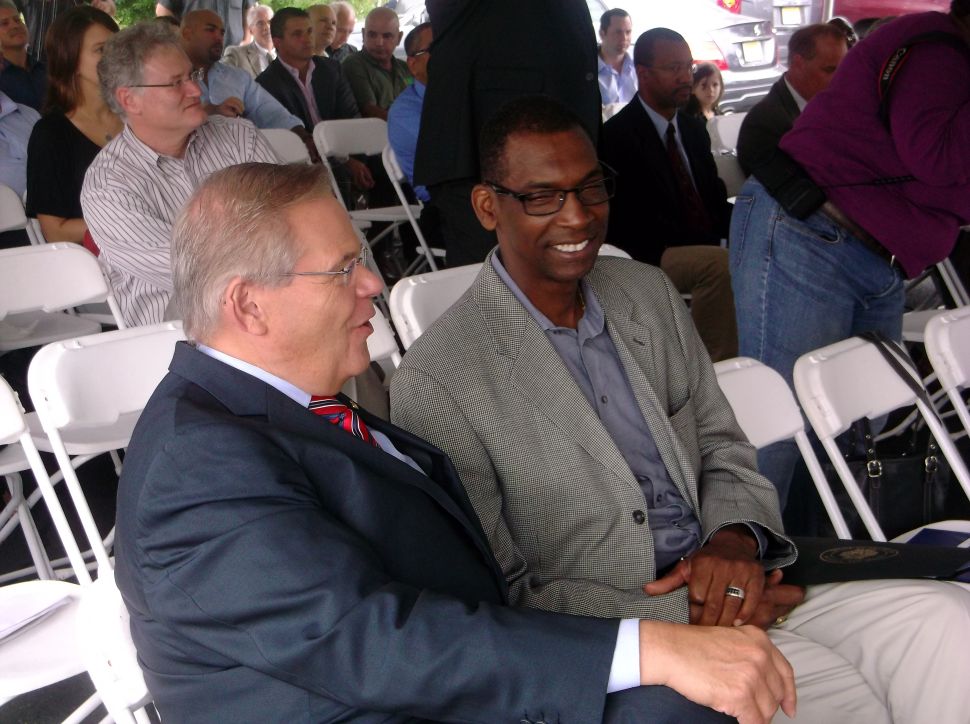