BELLEVILLE – Joe DiVincenzo insists nothing’s really amiss in the grand scheme with him and South Jersey power boss George Norcross III, but pointed out through the current turbulence that he has close ties to the Republican governor and others.

“I’ve got (alliances with) Menendez, Cory, Payne and the governor, what more do I need?” asked the powerful county executive, as he strolled along Washington Avenue here with a Chris Christie caravan.

“I had close ties to McGreevy and Corzine and now Christie,” he said. “Governors. My concern is the budget and how it impacts Essex County, because my thing is putting Essex first.”

Despite his own close ties to the GOP leader, Norcross was miffed when DiVincenzo actually publicly backed Christie for governor with an endorsement.

PolitickerNJ.com first reported last week on Joe D’s absence from a dinner conference of Democrats organized by Norcross, who flew to the Monmouth County event via copter.

DiVincenzo wouldn’t deny the two power players have mussed each other’s hair behind the scenes, but said it’s family – or almost family.

“Look, George and I are friends. Do you occasionally fight with your wife?”

The executive walked with Christie days after appearing with the governor to announce another initiative in Harrison, and a couple of weeks after a double-teaming of the Ironbound.

Asked if he was doing enough on behalf of the governor, he said, “Are you kidding? Of course.”

Democrats say DiVincenzo’s coziness with Christie has tomahawked the chances of Speaker Sheila Oliver, (D-34), Essex of retaining the speakership.

As for his own future plans amid back chatter about how he’s killed his own potential to scale the political totem pole statewide, DiVincenzo said, in response to a question, “I have not ruled out a (2017) run for governor.”

Collecting an endorsement from the Hispanic Merchants Association, Christie, standing with DiVincenzo and Belleville Mayor Ray Kimble, said, “Compromise is not a dirty word. This is about putting the people of the state first and politics second.” 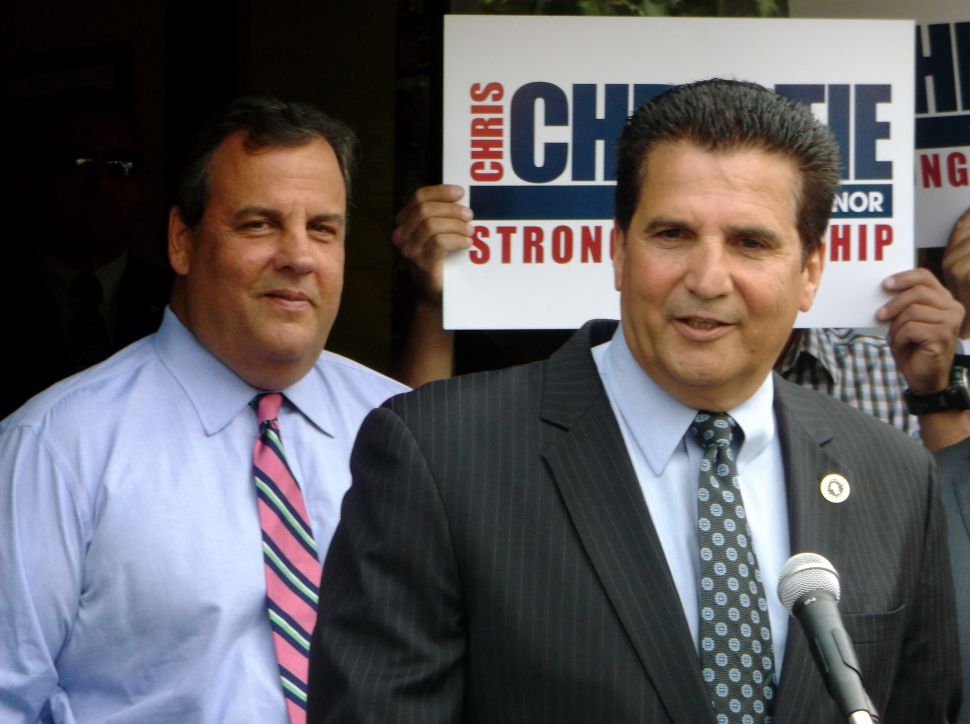