If you’re employed at a Monday-through-Friday job, it’s time to schedule a long, relaxing lunch break before the end of the week, to ensure that you make it over to David Nolan Gallery’s delectable Richard Pettibone survey before it closes this Friday, Aug. 9. It is one hell of a treat, and it would be a shame to miss it.

The show features 45 works by Mr. Pettibone (not to be confused with Raymond Pettibon) dating from 1964 through 2003. Most are the loving, miniature reproductions of contemporary art that he has been making for the past 50 years—Warhol soup cans, Lichtenstein beauties and Stellas shrunken down to just a few inches on each side.

Many of these tiny paintings of paintings, scattered elegantly across the gallery’s walls, date from just a few years after the now-iconic originals were made, a reminder that Mr. Pettibone may have had as good an eye for enduring works as that other great—though very different—proto-appropriationist of the time, Sturtevant, whose work took the form of full-scale repetitions of works by many of the same artists that Pettibone examined. 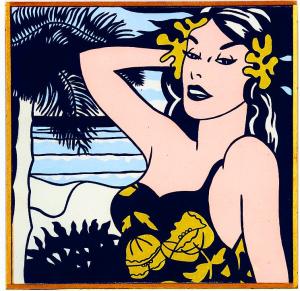 Mr. Pettibone’s a careful, committed miniaturist, and so his paintings have the feel of small devotional pieces, but also charming, polished little souvenirs—things ready to be loved on an intimate scale, in the comfort of your home, or your head. (There is also a full room of Pettibone pieces relating to one of his enduring inspirations, Duchamp, whose 1935–41 Boîte-en-valise involved ingenious feats of miniaturization.)

Why shrink something down over and over again? Duchamp did it in his dozens of Boîtes, his portable museums, the art historian T. J. Demos has argued, in part as a response to his itinerancy at the time, and the encroaching threat of war. It was a way of keeping his works accessible, and in circulation.

Mr. Pettibone’s project shares and expands on those motivations. Remade, and refashioned at a fraction of their original size, his Warhols, Lichtensteins and so forth are also reduced, in a very wonderful sense, to their basic ideas, as distinct from their original (now very pricey) objects. They are ready to be used, to be considered in new ways, to be deployed.

And that is exactly what Mr. Pettibone does in a few particularly sharp pieces here, in which he has painted what are in effect collages of various paintings that abut and overlap one another, as in the awkwardly titled, 28-inch-long Duchamp “Pliant de Voyage. 1917”; Warhol, Andy “Jackie, 1964” (twelve times); and Stella, Frank “Hampton Roads” (from 1969), which includes all of those works in a row, like a coded poem about conceptual art, Pop, celebrity and postwar abstraction that is awaiting your reading.

Another pairs a Lichtenstein painting of a finger on the trigger of a gun with two colorful Stella abstractions. The Stellas are positioned below, just below the trigger, one sliding into place place behind the other, like another bullet entering the chamber. 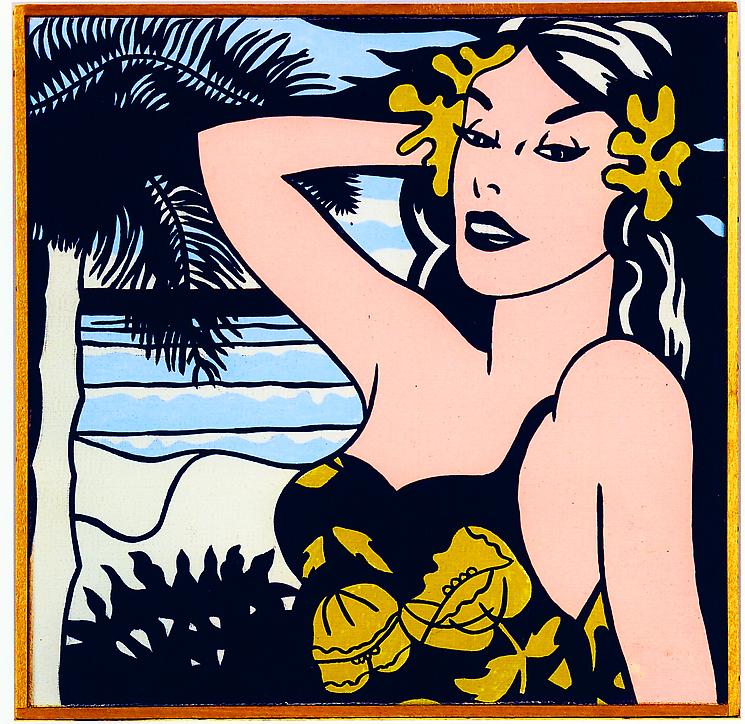