Update: An earlier version of this story mistakenly attributed the lawsuit’s basis in California as ADLF’s desire for harsher penalties. The actual remarks, as printed in the correction after the jump, make no such claim.

Who knew that a delicious delicacy could turn into such drama? According to a copy of a lawsuit obtained by The New York Observer , Hudson Valley Fois Gras, the largest distributor of the duck liver delicacy in the nation, is being sued by the Animal Legal Defense Fund and a Brooklyn-based company, the Regal Vegan, for falsely advertising that their product is “humane.” (Foie gras is usually culled from a force-feeding procedure involving a gavage.) And even though the complaint was filed in California–despite both the co-plaintiff and the defendants residing in New York–it’s Manhattan eateries that might soon be feeling the pressure, with a looming threat of protests and other staged interventions at upscale locales that serve Hudson Valley’s products.

One of the reasons that the case is being tried in the U.S District Court of Northern California, The Observer was told by Carter Dillard, Director of Litigation for the Animal Defense Legal Fund, is because California has already banned foie gras, which the ADLF is hoping will predispose the court to take a harsher stance with Hudson Valley, which allegedly continued to distribute to locations in CA after the ban was in place. Correction: Mr. Dillard’s actual comments were as followed: “I believe it’s their largest market, they’re selling it in violation of California law, so California has a real interest in that company as not only are they violating basic standard, this stuff is banned in countries around the world but they’re openly ignoring California law so California has an interest in upholding basic decent standards of how animals are treated.”

But really it’s an issue of advertising: The plaintiffs claim that Hudson Valley Foie Gras violated the federal Lanham Act and California’s False Advertising and Unfair Competition Laws by claiming to be “the Humane Choice” while using inhumane practices. The complaint was originally brought to the ADLF’s attention by Ella Nemcova, founder of Regal Vegan, which makes a product called “Faux Gras,” which the company bills as “the Humane Foie Gras Alternative.” This is very similar to Hudson Valley Foie Gras’s marketing, which can be viewed in the lawsuit:

Defendants advertise their foie gras product as “the Humane Choice” in all of their marketing material despite their knowledge that their product is not humane and is in fact cruel. They do so knowing that their claims will materially counteract, with misinformation, growing public awareness regarding the inherent cruelty foie gras production. Defendants have attempted to gain humane certification but animal welfare experts have refused to certify HVFG as humane. Each of the individual defendants, however, continually tells the public and the media their product is humane.

According to Mr. Dillard, the group is “considering either protests or people doing public outreach at various restaurants” that sell foie gras, which may or may not include the Manhattan establishments listed in their press release: Eleven Madison Park, La Silhouette, Paradou, Per Se, and Plein Sud. For anyone who wants to get involved in these hypothetical boycotts, Mr. Dillard said to contact Wendy Cromwell of the ADLF.

When asked if there could be a way that Hudson Valley could keep its claim of humane foie gras production, Mr. Dillard replied, “I can’t imagine how expanding an animal eight or more times, an animal’s liver, eight or more times its normal size so that the animal is basically dying of liver failure… I don’t see how you can call that humane. Humane is generally considered to be helping animals. Not inducing disease and killing them.”

The group recently got Temple Grandin to weigh in, and in the press release she condemned (not for the first time) foie gras production, without naming any particular brand:

“Regarding foie gras production, force feeding is a procedure which is highly questionable from an animal welfare standpoint. If the bird’s metabolism is sufficiently overloaded with force fed grain, death losses will increase. One of my biggest concerns in animal welfare is biological system overload. This occurs when an animal’s physiology is pushed to a point where it starts to break down and the animal develops metabolic diseases and other problems that can severely compromise welfare such as lameness, heart stress, loss of body condition, death losses, mobility problems or abnormal behavior.”

When reached for comment about the possibility of boycots and the recent press release, Hudson Valley’s farm manager Marcus Henley stated that he wouldn’t comment on any litigation in progress. He did, however, offer his thoughts on Ms. Grandin’s comments, saying “Temple has said I think similar, made similar comments before I don’t think that, I can’t say what’s in her, it’s hard to understand exactly what she means. She’s not been here so she doesn’t have experience with foie gras farming although she’s certainly well respected but we would certainly love to have her come take a look at what we’re doing…As far as (her) statement, it seems to be a thoughtful concern, and certainly there’s a lot of information that’s been generated by researchers that we believe answer those concerns and I think that will be about all that I can say.” 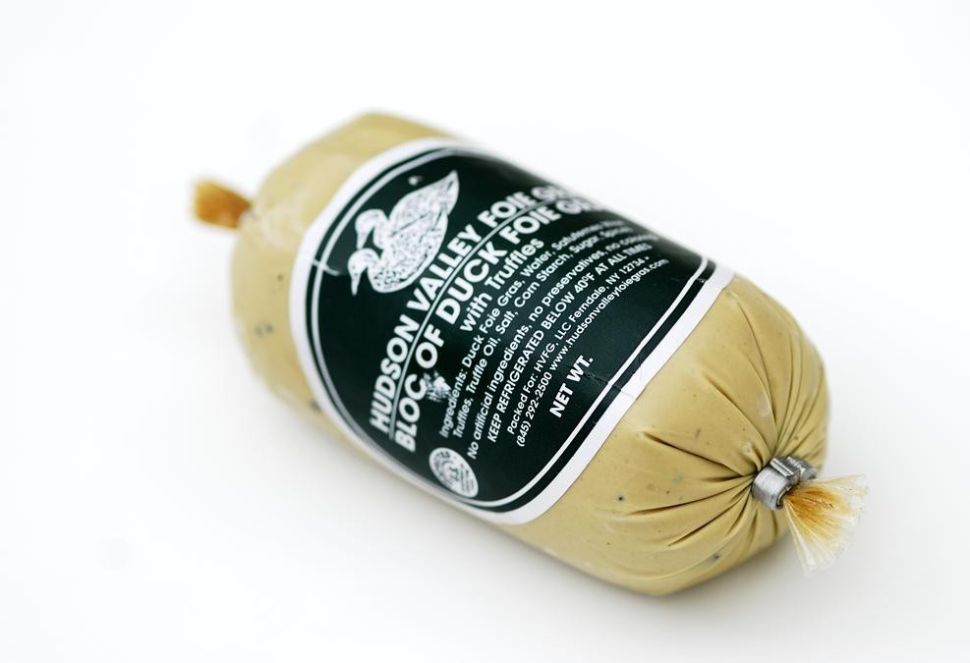