First there was the cronut. Then came the ramen burger. And once both trends had reached a fever pitch — with foodies bartering cronuts for ramen burgers — the “cronut burger” was truly inevitable.

But a Canadian attempt at just such a treat ended in disaster when 12 people who had sampled the dubious snack at the Canadian National Exhibition in Toronto experienced severe food poisoning and needed to be treated by paramedics. Suffering from vomiting, diarrhea and stomach pain, five foodies were rushed to the hospital.

The cronut burger concoction was created in a collaboration between two restaurants, Epic Burgers and Waffles and Le Dolci, a trendy Toronto bakery that had previously released a knockoff of the disgustingly popular Dominique Ansel Bakery treat. The savory confection was apparently a major seller, right up until the roiling cramps set in. Neither restaurant has commented on their horrifying cronut so far.

Although the Toronto Department of Public Health has not publicly outed the cronut burger as the culprit, folks on Twitter have already put in their two (Canadian) cents and prompted a serious cronut burger backlash:

Take back what I said about the cronut burger. Don’t do it. I puked 7 times last night.

Was definitely one of those people with #foodpoisoning after eating a #cronutburger from #epicburgers at the #cne #toronto. Don’t do it!

One would think that after eating a cronut burger, food poisoning would be a blessing. #barf

This by the way is the #cronut, I tried it on opening day at #ex, did not scintillate my taste buds pic.twitter.com/HxHcUEW4qS

As a proud Canuck, this writer is hanging her head — and losing her appetite. 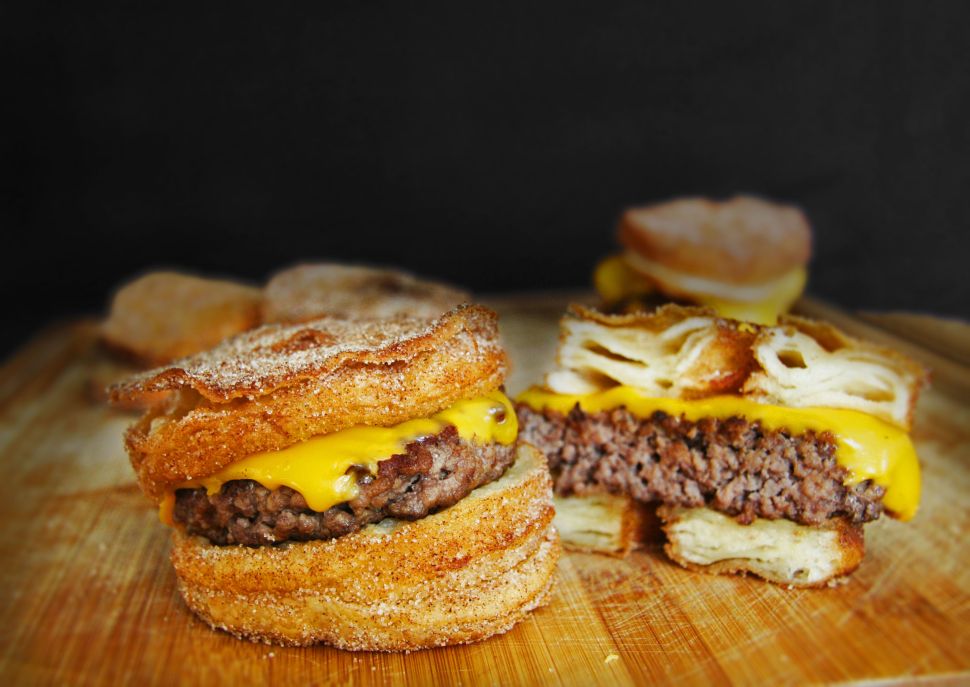