The true test of any celebrity couple is whether a gaggle of Tumblr-loving tweens has dedicated substantial after-school hours to concocting elaborate fanfics where they live happily ever after (or at least bone). There are countless pieces of Glee fanfiction on the web, and don’t even get us started on the creepy One Direction passages (“I Was Kidnapped by One Direction”).

Given the plethora of fanfiction for everything from Rizzoli and Isles to Gossip Girl, Betabeat was unsurprised (yet delighted!) to discover some fanfic authors branching out into Catfish territory (not to mention fan art).

Max Joseph and Nev Schulman, the stars of MTV’s Catfish, a show that helps online lovers meet for the first time and expose the lies they’ve told each other from behind the safety of a screen, are already the subjects of numerous fanfiction writings scattered across the web. Some stories are conjured by writers clearly hopeful the straight duo will just give in and become a couple. (That Max and Nev are into each other is already Internet lore: Buzzfeed penned a post called “The 15 Gayest Nev and Max Moments from Catfish,” and a cursory Google for “max and Nev gay” yields over 6 million results.)

Take the creatively-titled story “Nev and Max,” which paints the two finally realizing their feelings for each other after a particularly upsetting Catfish episode, written from the point of Nev:

Max is warm, soft, in a way that I’ve never experienced another person being before. For such a jaded man he is very cuddly. A, dare I say it again, bunny rabbit….

The next kiss is not soft at all. It’s hot and needy, frantic. I lick his lower lip and he opens his mouth for me, each of us exploring the other. He tastes of mint and coffee and another taste that’s just distinctly Max and I’m instantly hooked.

Tomorrow I’ll probably have some sort of sexual identity crisis. But it can wait. Tonight it’s just me and Max and, if I have any say, that’s how it’ll always be.

And this one, entitled “Bunny Rabbit:”

This gave Nev the excuse he needed, and he pushed back, and they had a tiny shoving match that ended with Max on his back and Nev on top, Max staring up at him from the hotel’s brightly patterned comforter. Even though he was the one at a disadvantage, he still took the offensive, pushing himself up onto his shoulders to kiss Nev again, and this time, when Nev smiled against his mouth, he just smiled back.

The true magnum opus of Catfish fanfiction however was written by fanfiction.net user Tory Messina, who penned a 58-chapter novel about Max, Nev and a couple who appear on the show. Alexis, the women who calls Nev to meet her online boyfriend, eventually falls for Nev.

And to make things even better? There’s a sequel. 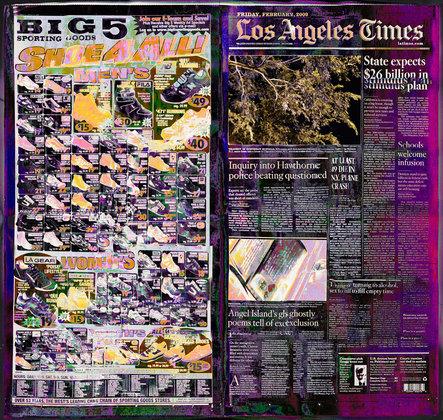