TRENTON – Predicting a big win by Republican Gov. Chris Christie in November, Assembly GOP lawmakers rolled out Wednesday what they’re promising will be a serious campaign push by their caucus to gain a majority.

Assembly Minority Leader Jon Bramnick described the upcoming election as “a war” and argued, along with his fellow Assembly Republicans, that split-ticket voting in November would stand in the way of reform. Bramnick said the GOP push in the coming days will make it look “like the last week in October” and promised concentrated campaigning in close districts.

“Starting today, the war is on and the war is to change this Legislature,” he said.

“If you thought that the Democrats did their job over the past ten years … then send them back,” said Bramnick, referring to the years of Democratic control as “a decade of disappointment.”

The Republican caucus held the Statehouse news conference assuming Christie – who’s leading in the polls against Democratic hopeful Sen. Barbara Buono – will deliver a decisive victory over his opponent that brings additional votes for Republicans.

“They still stand in the way of reforms that need to be done,” he said.

As for whether Christie will be on the campaign trail in the coming weeks for down-ticket races?

“He has his race to run right now, but I’m convinced he’s going to be there,” he said.

The Assembly GOP would need to pick up nine seats in the upcoming races in addition to their current positions to snag a majority in the lower chamber.

The caucus launched a new video to kick off the campaign push.

A Democratic spokesman responded Wednesday by arguing bipartisan reforms GOP lawmakers say they hope to accomplish under new leadership have been accomplished under a Democrat-controlled Assembly.

“The Republican leadership apparently missed the part where Democrats took the lead on the bipartisan solutions to the challenges facing the state,” said Derek Roseman, communications director for the Democratic Assembly Campaign Committee.

“Whether it’s been capping property taxes or championing the needs of small businesses or actually crafting the bipartisan property tax relief plan or fighting for women’s health, legislative Republicans have always taken the back seat,” he said. “Middle-class voters turned to Democrats a decade ago and ever since then because they know we stand for their values and will actually get things done. Maybe if the Republicans got out of their State House briefing room long enough to knock on some doors they’d know that.” 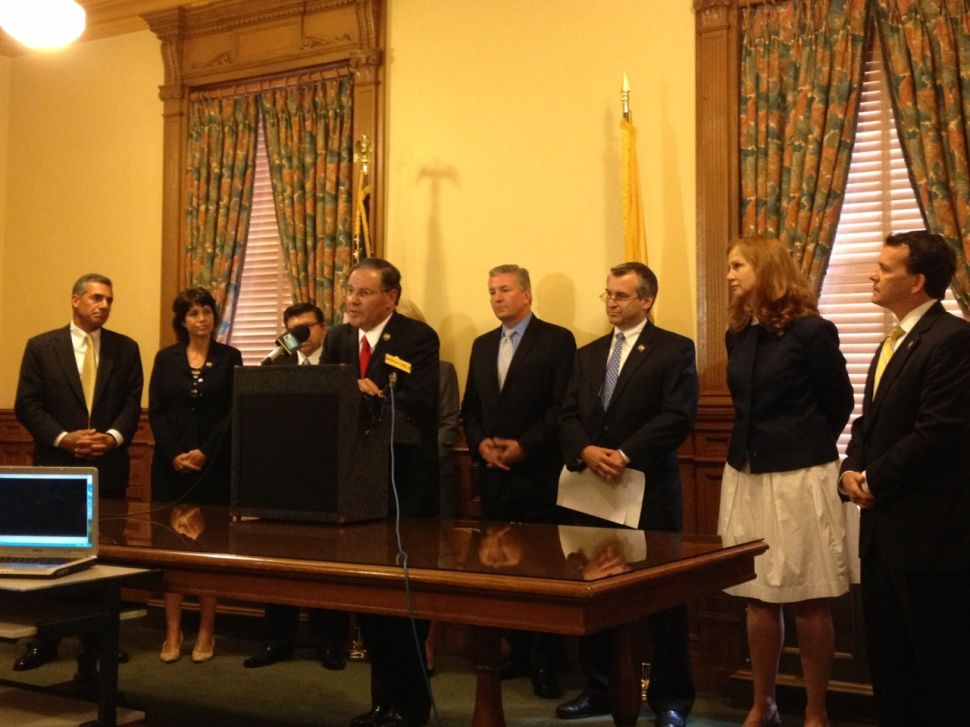