The federal government is perfecting software that will be able to pick suspects out of a crowd through facial recognition, and while we’re sure it’ll prove itself very useful for finding terrorists, it’s kind of horrifying all the same–especially since they might make it available for use by your neighborhood police.

The crowd-scanning project is called the Biometric Optical Surveillance System, the New York Times reports, and will be known as BOSS, because if there’s one thing our government loves more than chipping away at our privacy, it’s hyper-masculine acronyms.

The tech could be used to “help match faces in a crowd with names on a watch list — whether in searching for terrorism suspects at high-profile events like a presidential inaugural parade, looking for criminal fugitives in places like Times Square or identifying card cheats in crowded casinos,” the Times reports.

The documents show that the tech was originally developed for use in Afghanistan and Iraq, but eventually oozed over to the Department of Homeland Security to be used by police stateside.

One specialist says the technology could be accessible in “at least five years,” the Times reports, but is still not reliable enough. We’re guessing that means it could result in suspects being misidentified, which would clearly open up quite the can of worms for anybody who resembles someone on a terrorist watch list.

“Although the system is not ready for use, researchers say they are making significant advances,” the Times reports. “That alarms privacy advocates, who say that now is the time for the government to establish oversight rules and limits on how it will someday be used.” 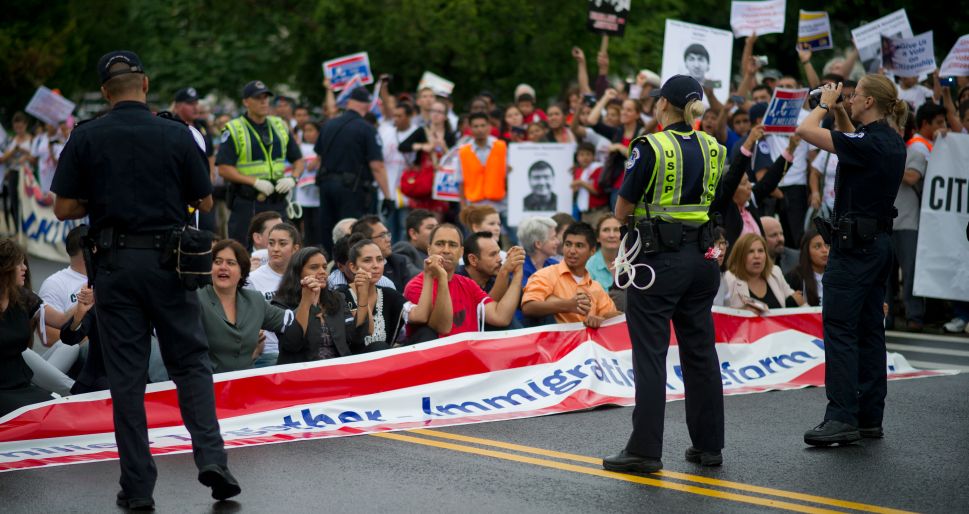