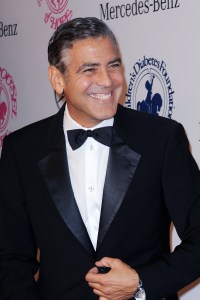 Monuments Men, directed by and starring George Clooney, now has an official trailer. The film is based on Robert M. Edsel’s 2009 book The Monuments Men: Allied Heroes, Nazi Thieves and the Greatest Treasure Hunt in History.

The movie follows a group of Allied art experts attempting to “protect buildings, bridges and art before the Nazis destroy everything,” as Mr. Clooney says in the trailer. The movie, which also stars Matt Damon, Cate Blanchett and John Goodman, opens in December. Watch the trailer at the The Los Angeles Times.